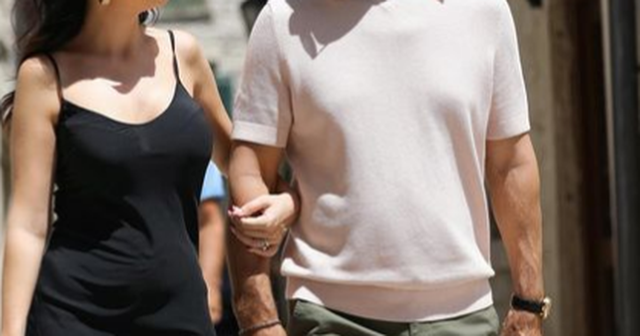 She is one of the most loved actresses for the public and is known for her direct character. It is about Rudina Dembacajn, who occasionally shares moments from her life and has recently answered the questions of her followers.

She has discovered what romantic gesture Mark has recently made for her. The actress emphasized that he writes "I love you" whenever they are not physically close, accompanies her wherever she wants, stays by her side, dances, cooks and has fun with her.

"He writes me "I love you" when we are not physically close, every day. He accompanies me in everything I like. Stay by my side in every worry, no matter how small or not. 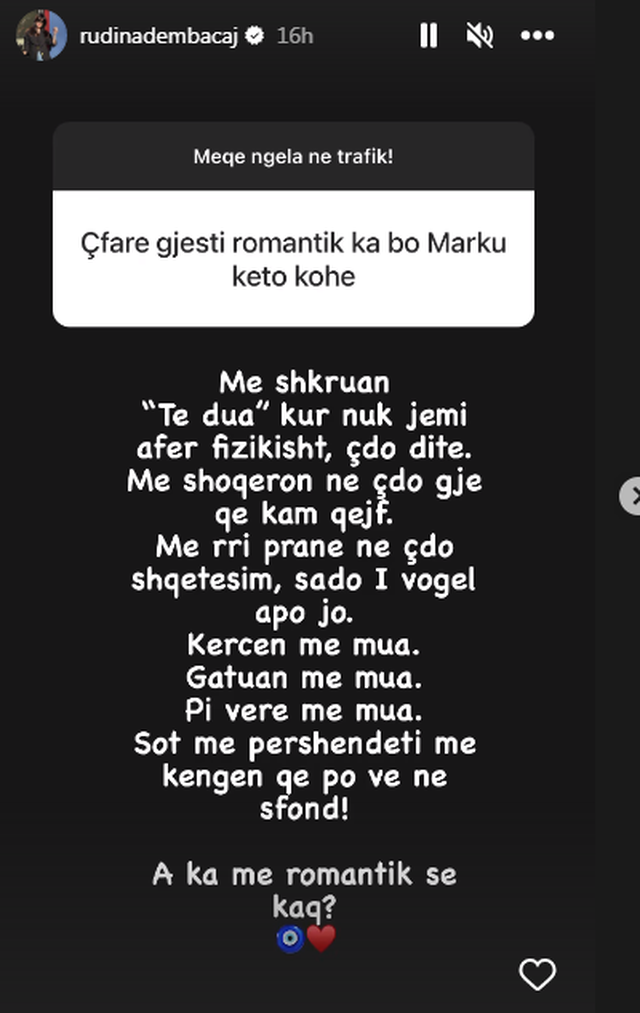 Dance with me. Cook with me. Drink wine with me. Today he greeted me with the song he is playing in the background!

Is there anything more romantic than that?", writes Rudina.

Unlike other times, this time the fans were curious to know "how it goes with the sisters-in-law" and the actress did not hesitate to answer them. 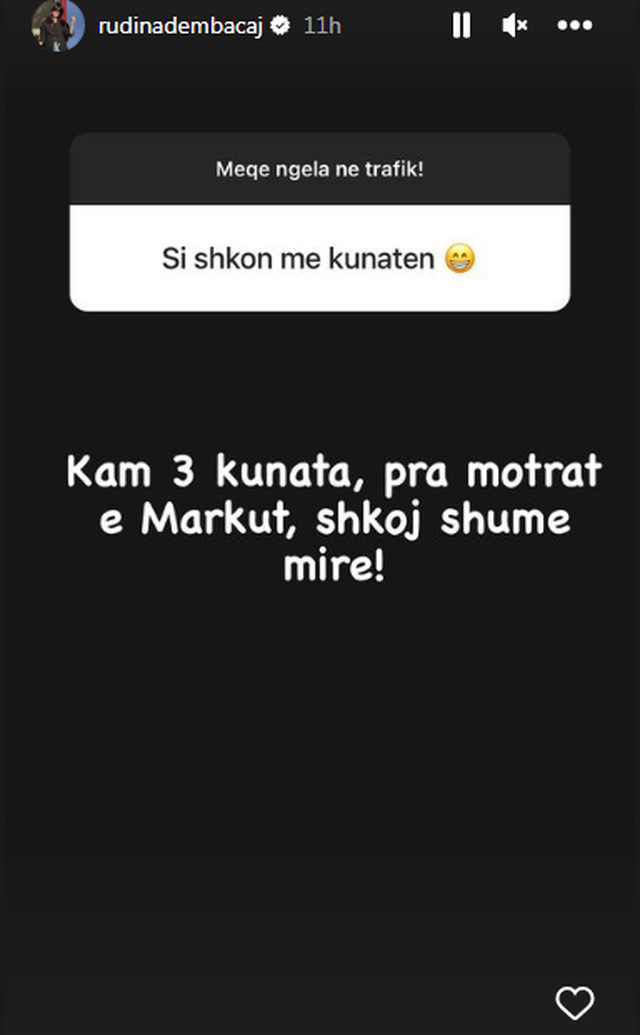 "My sister and one of my uncles' sons, Iliri, have been the only ones who have spoken to me, because not even my mother, who is following us now, has spoken to me for three months. They took the position that they thought it was a terrible thing and my sister has been the main support, definitely, step by step. How did I say it? I sat down and told him I love this man, now decide for yourself. Even I ran away, I continued" - said Rudina, adding that "Reda had known Mark, but it was a complicated situation anyway. Very complicated. Mark, the three children, me, the girl, it was not such a simple union, our age, the status that Mark and I had, it was a little difficult for everyone to understand. But there was nothing complicated about it, except for my feelings that only Reda could understand", said Rudina during her speech.

Dea and Nita won the test of the week! The residents of "BBV" make the important decision

Big Brother decided that this week, he will test the residents with a challenge....