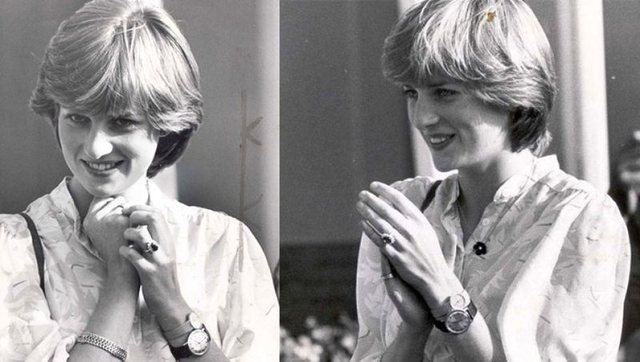 Many people thought she was keeping in touch with someone in another time zone, but the real reason is incredibly romantic. When it comes to style, Princess Diana was a pioneer and wasn't afraid to push the boundaries when it came to her clothing choices.

One of the most avant-garde choices turns out to be one of her most romantic gestures. In July 1981, Diana Spencer attended a polo match of then-future husband Prince Charles.

Images of her at the event showed her with two watches on her hand, but it was not clear why. According to Marie Claire, the metal watch belonged to Diana, but the other, black leather, belonged to Charles.

The princess was said to have kept it because of her fiancé, in order to bring him luck. Although the marriage between the couple did not last, this act has been described as romantic, especially since the couple were married a few days later.