"Fifi's freedom to say tr * plliqe, violates…" / Zhaklin Lekatari explodes against the Albanian singer and moderator of Top Channel: You contributed a lot to the imprisonment of the girl 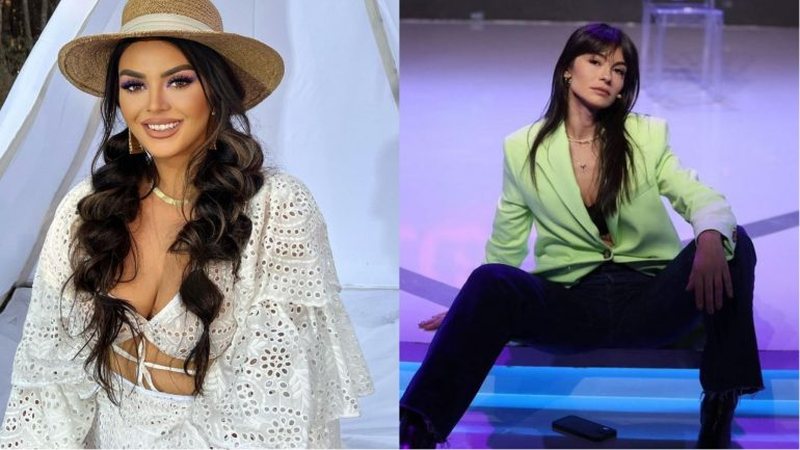 Jacqueline Lekatari has returned to the debate over virginity that began with Fifi over the past week. In a post on social networks she writes that virginity is a religious, social, cultural but not scientific construct. In her Instagram status, Zhaklina adds that since Fifi's freedom to say tr * pliqe violates the rights of girls and women, then it is not free to speak.

In her status she also mentions Dalina Buzin who says that together with Fifi of any other woman who thinks of herself as an object, they should not increase the stigma and double standards by imprisoning girls and women according to her.

"Ignorance of the basic anatomy of a woman's body has brought great consequences, political, historical, human social. Virginity is a religious, social, cultural but not scientific construct. Virginity by not existing does not determine anyone's morality and above all does not need to be preserved. We cannot preserve something that does not exist.

Therefore Fifi, Dalina, Katerina of every woman who thinks of herself as an object, greatly increased the stigma and double standards and greatly contributed to the imprisonment of girls and women. As long as Fifi's freedom to say nonsense violates the rights of girls and women, then it is not free to speak. Who is the border? Bonson and ethics, the freedoms of the individual and not his enslavement in the 21st century.

Ledio Lako speaks names, with which of her "Portokalli" colleagues she does not have a good relationship (PHOTO)

The strong clash continues/ Ilir Shaqiri sent him home, Igli Zarka mocks him on the network after the fierce debate. Here's what he wrote

Archaeologists are surprised, a treasure with dozens of pure gold coins is found walled up

Habit, the well-known Albanian singer: I have a friend with my ex-husband, before I came to the show we were together

"You can be used to playing with yourself, but...", Igli Zarka bursts out to Ilir Shaqiri

"Break relationships with people ...", Horoscope for tomorrow, learn what the stars have in store for you

What is happening among colleagues? Alketa Vejsiu speaks with gloves: Everyone in the Klan is complaining about us, Fevziu, Gjebrea, Magjistari have sent us letters

Alketa Vejsiu said this evening on "Dance Albania" that many managers of shows o...

Why have you postponed the wedding for so many years? Armina Mevlani surprises with the answer: The fault was...

Armina Mevlani recently had a virtual conversation with her followers on social ...

"I risked breaking my spine, it would have been fatal for me"/ The former Big Brother competitor risks the life of his partner on the stage of Dance Albania: Alcohol was to blame

"I won the lottery"/ Barack and Michelle Obama celebrate their 30th wedding anniversary. The former president dedicates sweet words to his wife

Barack and Michelle Obama have celebrated their 30th wedding anniversary by givi...

Stresi makes the unexpected announcement to the fans: This will be the last concert...

As he has posted one of the concerts he will hold this month, the well-known r...