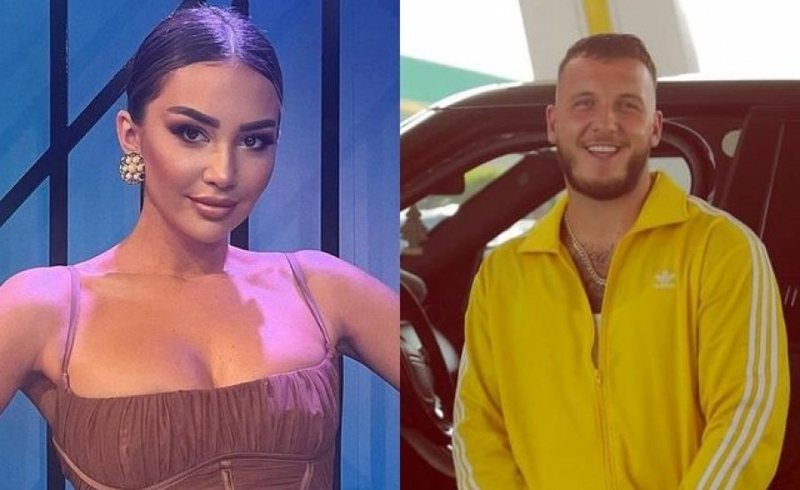 Kiara Tito has spoken again about the news that circulated recently that she has started a romance with Mozzik. The cause for these rumors was a post made by the rapper on Instagram. It was a photo shot in front of the mirror with the leg of a girl, who was wearing a green dress.

However, a photo of Kiara Tito, where she appeared wearing the same dress, quickly started circulating. That was enough for the network to "boil" for the duo, but the moderator reacted quickly, dismissing any possible suspicions related to her and the rapper.

"I have received these photos in DM, I am also reading on portals. I do not say money because I generally do not pay attention to the news on the portals, but I wanted to tell you that I am not the person in the picture ", were the words that the moderator wrote a few days ago.

Recently, invited to Goca and Gra, she clarified what is behind the photo with the green dress. "I was in Prishtina, I had to present a festival. And I got one of these dresses that are series, that many girls buy, well-known and economical brand. I took it with me, put it on, went to make eyebrows.

I took a picture in the mirror. At dinner I saw that Mozzik fans were tagging me. They told me how you did this to Loredana, how you did it to Mozzik. "Of course it was untrue news, I had to deny it immediately," said the moderator.