"Paçavure" / The situation degrades, a quarrel breaks out between Robert Alia and Agim Doçi, he makes the unexpected action in the studio: I put it on you ... 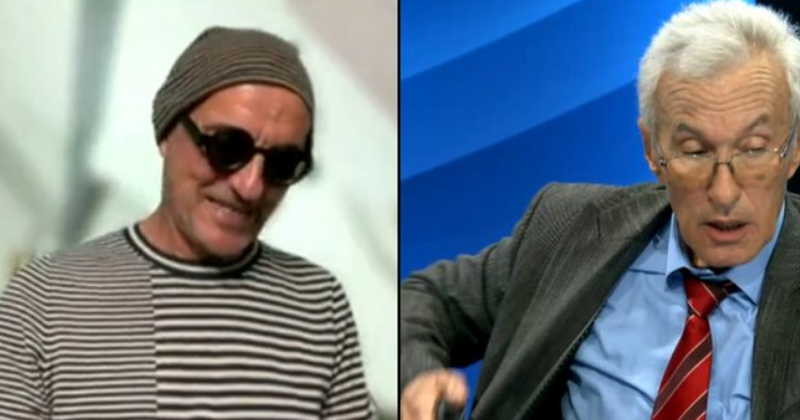 In the show "The Unexposed" on MCN TV, it was discussed about Ronela Hayati's performance at Eurovision. In the studio there were strong debates between Agim Doçi, who was a member of the jury and voted in favor of Hayati and Robert Aliaj, who “unobtrusive” performance.

For a moment Doçi was taken from the studio and wanted to leave.

Agim Doçi: The song has 5 elements. Gjebrea has proved that he knows how to make a festival. The Magic Song that neither you nor I can do. When the song is called pavacure, I will say to my former friend Robert Aliaj, when you come out you tell me what is that man with painted nails? Let's put the point on i.

Robert Aliaj: I have interference.

Agim Doçi: I nicknamed you, nihilist. In the studio I do not talk, reveal what I have experience. How does he say pacavure?

Ylli Rakipi: That's what he thinks.

(Agim Doçi gets up to leave the studio, but returns again).

Robert Aliaj: I do not want to enter such a low personal level. I want to remind you that art is the detonator of dialogue. I do not deal with these idiots and personal things. It is the artistic experience, which creates, becomes the detonator of dialogue. It is a tool that can make changes, but does not pretend to make radical political changes. Art is much higher, it is deeper. I'm not dealing with this at all. If I said there are responsible people and someone feels responsible, it would be more virtuous to take responsibility. I would have the virtue to say it.

As one of the strongest and most talked about former contestants of the first ...

Moderator Ori Nebiaj spoke about her relationship with politics, where she state...