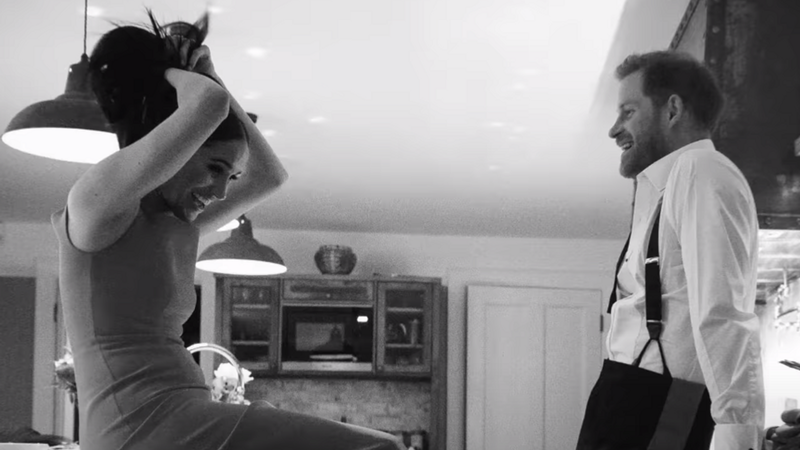 The trailer for the new Prince Harry and Meghan Markle documentary series has been released.

The one-minute preview, released by Netflix, features never-before-seen black-and-white photos of the couple set to music.

They are heard asking "Why did you want to make this documentary?", to which Harry replies: "Nobody sees what goes on behind closed doors."

"I had to do everything I could to protect my family," he adds, before Meghan is seen wiping away tears.

Images of William and Kate with Harry and Meghan at the 2020 Commonwealth Day service, their last public appearance as members of the royal family, appear among the images.