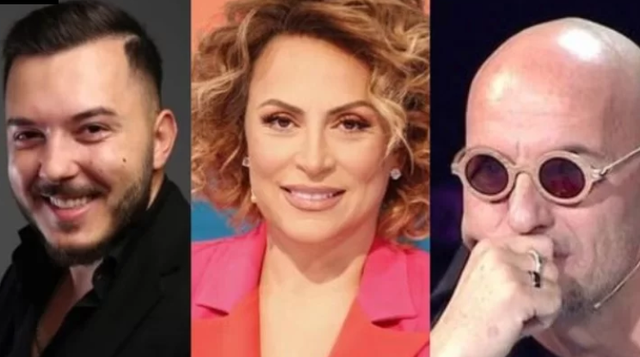 Ronela Hayati's performance at Eurovision has been discussed for days, even though more than a week has passed, still this topic is of great interest

Invited to the show Open by Eni Vasili to talk about "Albania in Eurovision" was Ardit Çuni, who was accompanied by singer Ronela Hajati, in this journey, also a singer.

Also invited to talk about Albania's performance was Robert Aliaj on Skype, who even before Eurovision, criticized Ronela for her song.

Both of these figures got involved in a debate which degraded causing them to revolt at each other’s thoughts, and turn into insults.

Immediately after this debate in the studio, the singer Ardit Çuni reacted by posting on his Instagram profile on Instastory where he expresses his disappointment with the show and Eni Vasili himself, the host of the show "Open".

He addresses the moderator with the words that Robert used against him, saying: "Eni Vasili, I apologize for being insulted by a" ass "donkey, buying the school with money, that I am without a level.

It was said that he is connected with a girl, the actress of Clanfornia reacts and reveals the truth: That's why I'm building muscles

Esmeralda Metkaj or known as Cubi, invited to the show "Night with Aulona" surpr...

"I didn't have a pulse, I closed my eyes and...", Arjan Konomi talks about the accident in Jordan and reveals what he faced: Doctors wouldn't put me into surgery

Opinion columnist Arjan Konomi has shown details about the accident that happene...