Sam speaks like never before, here's what he says about his former partner, Bojken Lako 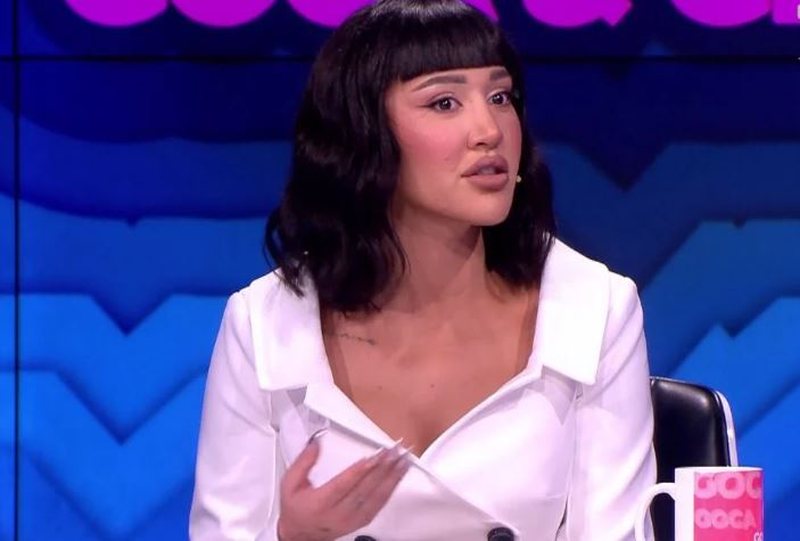 Although they have long been separated from their 10-year relationship, Sam maintains a good social relationship with her ex-partner, Bojken Lakon.

Invited this evening to "Goca dhe Gra" while the topic "Can separations be beautiful" was being discussed, Sam said that it depends on the way and the reason for the separation, but he maintains a good relationship with Boyke.

"My friends are very close to me, I spend a lot of time with them, I talk a lot, I can't call Boyken a friend of this level. I have a lot of respect, I like him very much and he seems to me a very beautiful person, so beautiful as a person. Not for lunches and dinners. If I was bound by work, if I saw him, I would talk to him, if he had a birthday, I would wish him "- said Semi.

Even during the time she was in BigBrotherVip, the singer has shown that she broke up peacefully with Boyken Lako and this does not prevent her from asking him for ideas or asking for help.

In her father's footsteps, the daughter of the well-known Albanian singer is part of "Big Brother Vip 2"

A rift between them? Lori Hoxha puts her 'stamp' on everything, she has two words for Arbana Osmani (Photo)

No longer part of television? Lori Hoxha reveals the truth about her relationship with Eduart Grishajn

The moderator reveals it herself, there is a place where the world stops for Angel Shkira (PHOTO)

She made the name of the network with her "twerk" in front of her colleague, the Albanian police "strikes" again (PHOTO)

Is the telenovela "People and Fate" coming back? Arben Derhemi reveals the next move and gives the announcement (PHOTO)

Did you recognize him? The inimitable actress of the Albanian stage is commemorated on her birthday (PHOTO)

The Albanian singer "obsessed" about exposing her breasts, after the clip, she also "undresses" on stage (PHOTO)

Sheila Haxhiraj participated in "Magic Song" with her song "Malli" What impresse...

Shocking statement of the Albanian artist: I go and visit my grave every day, I'm not afraid

The well-known painter, Zake Prelvukaj, in an interview, made a statement that s...

"20 policemen massacred me, the boss of...", Robert Aliaj recounts the terrible attack he experienced in 1991

The artist Robert Aliaj Dragot has narrated one of the most painful stories of h...

Related to Butrint Imer? The well-known Albanian actress clarifies the truth once and for all

Actress Olta Beqiri for the first time in "Let me talk" clarified how the truth ...

Does the famous Turkish actor still tease him? The beautiful Albanian moderator tells everything

Moderator Eva Murati has extinguished all curiosity about her relationship with ...