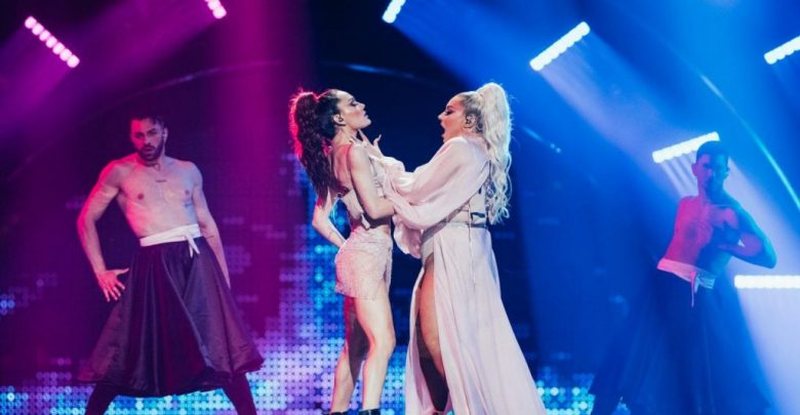 While the European festival chose the winner days ago, discussions about the Albanian representative, Ronela Hajati, continue in our country. And one of the most talked about items has been the choreography.

Klaudia Pepa was Ronela's choreographer and many turned to her for the sensational performance. Despite the criticism, Klaudia felt doubly excited, saying that dancing in Italy representing Albania was something special: “I am very enthusiastic about this experience. I am doubly excited, because I danced in Italy, I performed in Italy, but I represented Albania, so it was something very special "- said Klaudia in an interview on" Top Channel "adding that the whole team had a very good energy.

That's the way it is for me. " Said Claudia, referring to online criticism and attacks, adding: "We're going to tell them all to 'get together and put them on a lever and do a' plié 'or a' fondu '(a movement that describes a slow landing). of the body, bending the knees) to soften them all ”.

On the other hand, Claudia felt a little offended, betrayed, by Italy, which did not give Albania any points: “A little yes, it is true. Zero point is a bit insulting for everyone, but that is not in our hands as individuals, does not belong to us… "- she said, wanting to close the whole discussion once and for all.