EMIN RIZA: The situation in the cultural monuments is catastrophic, the maintenance interventions are not enough 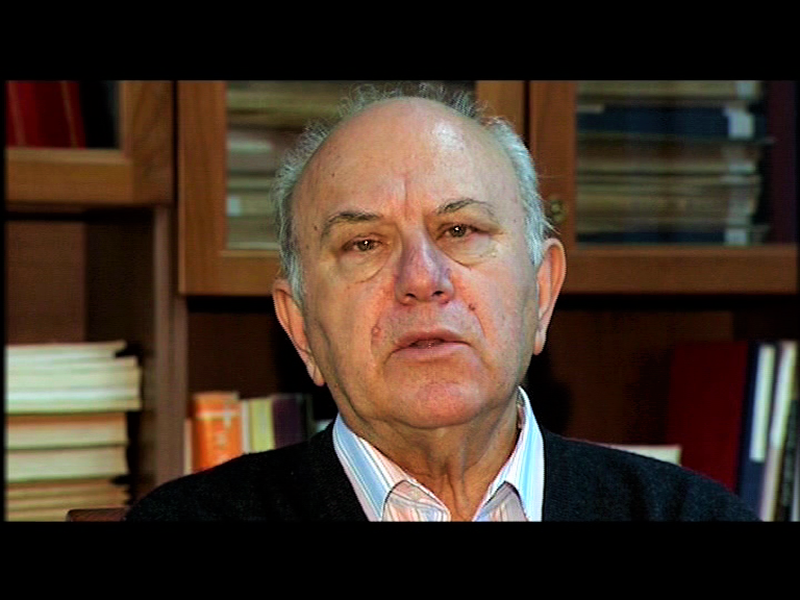 Maintenance of cultural monuments is important and prevents further degradation. Academician Emin Riza says that once in the country more importance was paid to the maintenance of cultural monuments, but today he says that even the workshops in the districts are understaffed and this is not done enough. In the interview for the "SOT" newspaper, academician Emin Riza says that the situation in the cultural monuments is catastrophic, a situation that, according to him, has been going on for years. Head of the working group that prepared the file of Gjirokastra and Berat for UNESCO, academician Emin Riza criticizes the Institute of Cultural Monuments in the country today, with a different name, which according to him is not doing enough. The academician says that the Institute of Cultural Monuments used to be the institution with exceptional values ??for the preservation of cultural heritage. Professor Riza says that it is the main state for the maintenance, preservation and management of cultural heritage values. - The month we left behind was cultural heritage and on September 29, the National Day of Cultural Heritage was marked in the country. You are a researcher of popular architecture, engineer and restorer. For you, the importance of cultural heritage in a country? The history of a nation is the history of a very large number of people, which unites being a nation with a name and a certain characteristic. Since 1962, I have been assigned at that time to the group of material culture in the cultural heritage. And I adapted relatively quickly to this field, focusing mainly on the Albanian folk dwelling. -As a specialist in the field of cultural heritage, what can you tell us about the work of the Ministry of Culture? The state of the cultural monuments is catastrophic, but since the 90's it has been starting for years. Albania, starting from 1965 with the creation of the Institute of Cultural Monuments, has undoubtedly been the most prominent country in Europe and beyond for care in the field of constructional cultural monuments.

Even competent foreigners, when they came to Albania, many of whom I accompanied to the country, expressed immense admiration for our knowledge and the work that the Albanian state was doing for the evaluation of these unique values, which mainly belong to the Albanian people. but also throughout Europe. -In the framework of the drafting of the integrated management plan for the historical centers of Berat and Gjirokastër, the National Institute of Cultural Heritage (IKTK) in the Ministry of Culture previously announced that it has conducted consultations and surveys. What can you tell us? Even before, such plans of the Ministry of Culture have been talked about. But it is the main state for the maintenance, preservation and management of these cultural heritage values. -You are an academic, at the same time, and the drafter of the dossier of Gjirokastra and Berat for UNESCO, but you have expressed that the problematic situation in the objects has existed for a long time in these two historical centers, especially in Gjirokastra. According to you, this has come about not only because the law is not implemented, but also because in many cases the words of the specialists have not been listened to, where you have criticized the Institute of Cultural Monuments in the country. But how was the working group years ago in IMK? For the preservation of cultural heritage, the Institute of Cultural Monuments in the country was once the institution with exceptional values ??in the European framework. But with the extinction of the first group, which was Aleksandër Meksi, me, Gjerak Karaiskaj, Valter Shtylla, Apollon Baçe, etc., the second generation was not renewed, and so the subsequent generations continued. who would inherit the achievements of the first group and even reach higher professional levels. Right now, in the Institute of Cultural Monuments (IMK), which now, as far as I know, another one has been created, has a different name, there are some employees who are appointed by the minister based on the criterion of personal recognition, not of professional ability, and that is where the problems begin and the situation is catastrophic in cultural monuments. - Before '90, how was the cultural monuments handled? The essence of the so-called restoration is to carry out maintenance interventions, which are not done enough now. You won't wait for him to get close to death and then give you the medicine. Maintenance interventions require the presence of guardians of monuments and master builders in all workshops, which are in different cities of the country. This presupposes continuous expeditions to know the condition of the monuments and in accordance with the small and continuous damages, interventions should be made to improve the conditions, then of course there are the restoration interventions that include a broader goal for the restoration of the monuments. But the maintenance works are essential for preserving the original values ??of the cultural monuments in the country, now these efforts no longer exist. -In your opinion, why do these efforts no longer exist in cultural monuments? The custodians of the monuments have been removed, the workshops in the districts have been weakened in terms of personnel and opportunities to have an overview of the existing state of the monuments, so the state of the monuments in Albania is catastrophic. Since the founding years, mainly since 1962 and later in 1965 with the creation of IMK, there have been prominent European specialists, who have considered it one of the most professional and caring institutions for monuments. Xhevat Erder, director of the International Center for the Protection of Monuments for the whole of Europe, came to visit Albania and when I was accompanying him and was escorting him to have lunch at the "Dajti" hotel, he stopped and said to Emin, the International Center for the Protection and Restoration of Monuments does not it should be in Rome, but it should be in Tirana. Practically now IMK and the ateliers that are in the districts no longer have staff like they used to. A bad situation, I even wanted to make an article before about this problem. -You have repeatedly stated that the leaders of IMK should be elected as its employees. What has this brought about? It was a rule years ago in our time, that the directors of the Institute of Cultural Monuments should be from the group of employees of the institute, not to be appointed by the Ministers of Culture who they want. For many years, the directors of IMK have had employees of the institute of monuments, who were responsible for the sector, and then they became directors of IMK. We must restore that the directors of IMK are from the group of employees of the institute. -For decades, you have contributed to the field of cultural monuments. What did you aim for in your work? To be a specialist in that field. To be a specialist you must know and take an active professional part in their study and restoration. You cannot be a restorer without knowing the values, that is, without being a researcher of the object you are going to restore. But my concern is that the state of cultural monuments in Albania, as I said, is catastrophic. The monumental values ??of the monuments in the country belong not only to Albania, but also to the whole of humanity and it is necessary to do the best for their continuous preservation, because destruction is their main enemy and not knowing the condition all the time, not making maintenance interventions and restoration is the essential circumstance for the destruction of these unrepeatable values.