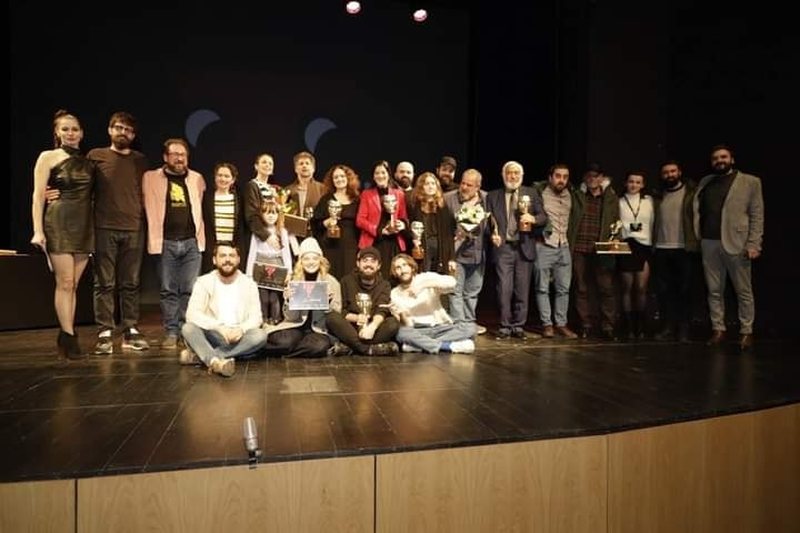 The "Moisiu" Albanian Theater Festival brought various theater performances to the stage. The festival ended with the awards ceremony, and the National Experimental Theater "Kujtim Spahivogli" previously said at its closing that a dream came true. "Close the curtain on the great festival of the Albanian theater! A nightmare came true - the first edition of the Albanian Theater Festival "Moisiu" co-organized by the National Theater of Kosovo, the Albanian Theater in Skopje, the National Theater of Albania and the National Experimental Theater "Kujtim Spahivogli" closed tonight! From November 16 to 27, 2022, every night from 19:00 at the Albanian Theater in Skopje, over 300 creators of Albanian theaters present theater productions from Pristina, Tirana, Skopje, Ferizaj, Shkodra, Tetova, Prizren, Korça, Gostivari and Presheva for a record number of viewers!", it is said by TKES on its website. The "Moisiu" trophy this year was won by: The best show: Three Sisters - Albanian Theater Skopje; Best director: Qendrim Rijani - Three Sisters; Best Actor: Sotiraq Bratko - The Merchant of Venice; Best actress: Ilire Vinca - Father and Father; Best actress/second role: Elia Zaharia -Ivanov; Best actor/second role: Alfred Trebicka -Ivanov; Best new artist: Kosovare Krasniqi - Babi and Babai; Best scenography: Beqo Nanaj - The Merchant of Venice; Best costume design: Sofi Kara-Ivanov; The best composer: Trimor Dhomi - Three Sisters; Albanian drama award: Babi and Babai - Jeton Neziraj. While the organizers awarded the career award Post Mortem to the actor Luran Ahmeti. The Experimental Theater states that this festival is supported by the Ministry of Culture, Youth and Sports of the Republic of Kosovo, the Ministry of Culture of the Republic of Albania and the Ministry of Culture of the Republic of North Macedonia and will be organized every November in rotation: Skopje, Tirana, Pristina. This festival is expected to take place in Tirana in November 2023.