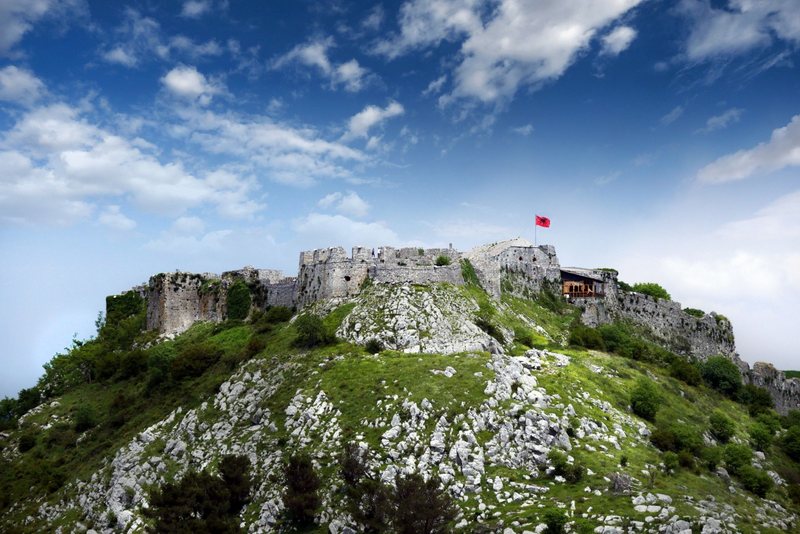 Rozafa Castle is one of the most important tourist destinations in the country. In the January-September period of this year, more than 80,000 visitors visited it. This is reported by the Shkodër Regional Directorate of Cultural Heritage, according to which even for the month of September there is an increase in the number of visitors compared to the same period a year ago. "Visitors to Rozafa Castle have continued with positive progress in the month of September 2022 even compared to the previous year 2021, reflecting a significant increase in local and foreign visitors. 12,449 visitors have chosen to visit Rozafa Castle during the month of September 2022, or +5,254 more visitors than during the same period of 2021. Rozafa Castle remains one of the most visited tourist destinations in all of Albania, where for the period January-September 2022 , has been visited by over 80,000 visitors", says DRTK Shkodër. Shkodra Castle (Rozafa) is one of the most important castles in Albania and the main tourist attraction in the city of Shkodra. It rises on a rocky hill to the west of the city of Shkodra, surrounded by the waters of the Buna, Drin and Kir rivers. On the steep sides of the hill rise the surrounding walls, which occupy an area of ??about 9 hectares of land. The inner surface of the castle is divided by the walls of three courtyards, with gates between them. The third courtyard, which is smaller than the others, is located on the highest part of the hill. On its outer walls, there are rectangular projections that replace the towers, while on the outer wall, the towers are denser. Inside the castle there are several rooms connected to a circular tower, a warehouse as well as a three-story building from the Venetian period. The second courtyard occupies the central and largest part of the castle, being separated from the first courtyard by a transverse wall without towers.