The Clock Tower in Krujë is a heritage object, reinforcement intervention after damage 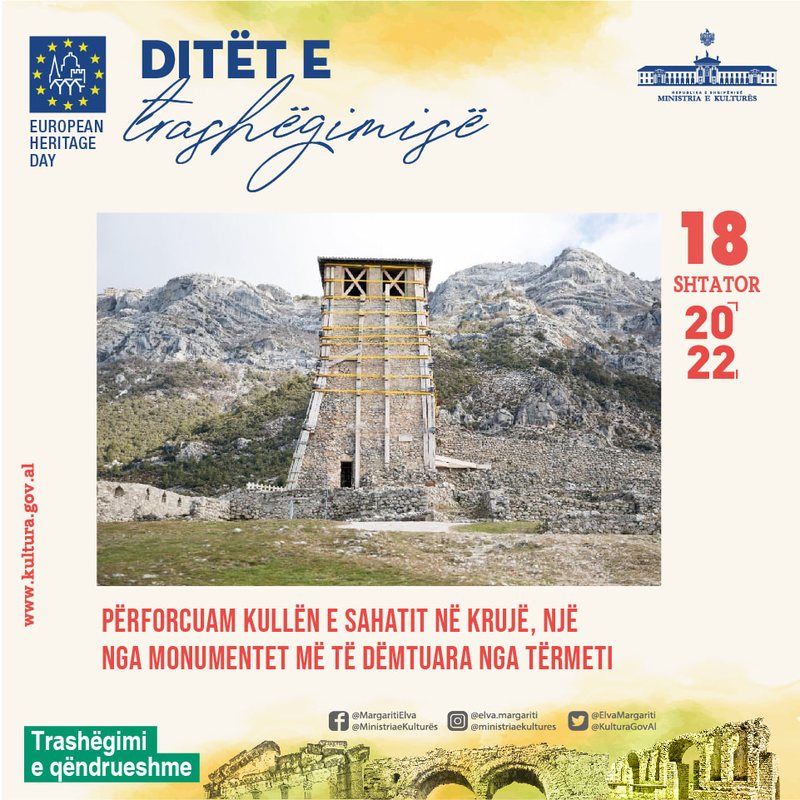 The Clock Tower in Kruja Castle was damaged by the earthquake of November 26, 2019. It is a heritage object, which subsequently underwent an intervention. The Minister of Culture Elva Margariti in this month of cultural heritage says that the intervention in this object was difficult. "We reinforced the structure of the Clock Tower in Krujë, one of the heritage objects most damaged by the 2019 earthquake. A difficult intervention that was made possible thanks to the financial assistance of the Swedish government and will be restored thanks to the Heritage Fund of the American ambassador", says Margariti on social networks. Reinforcement interventions, as previously stated by the Minister of Culture, would be divided into three steps: preliminary reinforcement of the tower, with polyester bandages and wooden rails; full reinforcement of the tower with steel elements; installation of the monitoring system. Previously, the minister also inspected the works that were done in this facility in Kruja. The castle in the XIII-XIV century was the center of the state of Arbri. During the Skanderbeg period, it became the stronghold of the Albanian resistance against the Ottoman occupation. Even today it is one of the most popular and most visited places by tourists. The hammam of the castle is located at the southwest end of the castle, near the Bektashi teke of Dolma. This facility consists of four premises. The right room communicates with the water tank through a window. Stera is supplied with water from the side of a small window in the corner near the square well. In the middle of the ster is the place for the water boiler, while at one end a spigot separates the cold water. In front of the Gjergj Kastrioti Skënderbeu national historical museum are the ruins of a former church that was turned into a mosque during the Ottoman occupation. The name of the mosque is Fatih Sultan Mehmet mosque.