Albanian-American relations during the 20th century, Albanian and foreign researchers at a scientific conference 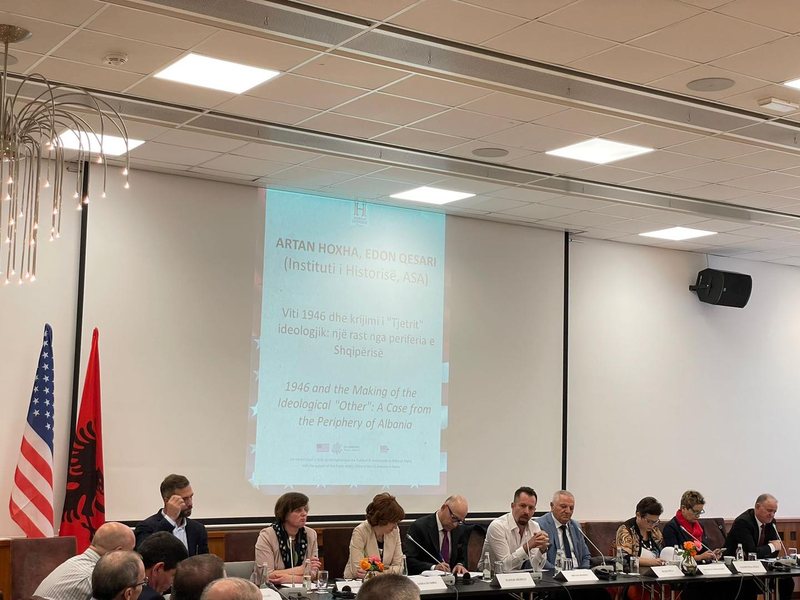 The scientific conference on the relations between the United States of America and Albania during the century. XX, organized by the Institute of History (Academy of Albanological Studies), with the support of the American Embassy in Tirana brought the researchers together. The Academy of Albanian Studies states that the conference "Albanian-American relations during the 20th century" brought together generations of researchers with different approaches. "Although 100 years old, this relationship has not been fully consumed in time due to the struggles of Albania's modern history, with the invasions during the Second World War and especially with the "deep freeze" in the middle during communism. Albania remained the only communist Eastern European country with which the US did not have relations, despite the efforts of the US State Department during the 70s. The conference brought together several generations of researchers with different approaches to the perception of historical phenomena for this era", states ASA on its website. The Academy of Albanological Studies follows Albanian researchers (Afrim Krasniqi, Hamit Kaba, Valentina Duka, Beqir Meta, Ledia Dushku, Pranvera Teli, Artan Hoxha, Edon Qesari, Migena Leskoviku) and American researchers (Janusz Bugajski, Bernd Fischer, Elidor Mëhilli) ) through known and unknown sources gave a retrospective panorama of the Albanian-American relations. "They also pointed out the need for new perspectives in approaches to these reports, either in the distant past or in the contemporary era, when the role of the USA remains an important factor for the continuation of democratic reforms and the construction of the state of law in Albania", it is said by the Academy of Albanological Studies. The conference that took place the day before was welcomed by Yuri Kim, US Ambassador to the Republic of Albania. ASA informs that in the coming months, the researchers' lectures will be published in full in Albanian-English.