"Onufri" and Ethnographic Museum in Berat, 41595 visitors from January to September 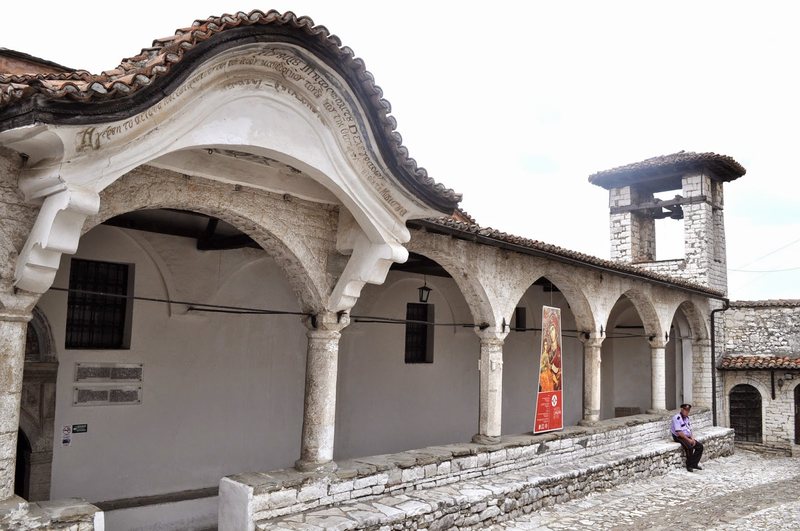 The "Onufri" and Ethnographic Museum in Berat from January to September was visited by 41,595 visitors. This is reported by the Berat National Center of Museums, which states that September is the best month of the year. "During this month, the "Onufri" iconography museum and the Ethnographic museum had a high number of 10,716 mostly foreign visitors, which turns out to be 15 percent higher than September of 2019 and 141 percent higher than September of annually. While in the period January - September, the museums of the Berat Museum Center had 41,595 local and foreign visitors", says the KKMB, which has also shared images of visitors to the museum. The Berat Museum Center is a specialized and archival institution with the status of "national museum" under the Ministry of Culture with headquarters in the city of Berat, which administers the "Onufri" iconographic museum and the Ethnographic museum. The iconography museum "Onufri" and the ethnographic museum collect, preserve and promote valuable collections of the cultural heritage of the city of Berat and the surrounding area. Berat has been an important center developed especially in the 17th century, a place where important values ??were collected, produced and preserved, which are true treasures of national culture. The "Onufri" museum has been organized in the premises of the "Fjetja e Saint Mary" church, in Berat Castle, since February 27, 1986. The museum bears the name "Onufri", dedicated to the master of Albanian iconographic painting in the 16th century. According to the inscriptions, the cathedral was rebuilt in 1797 on the foundations of an older church from the Byzantine period. It represents one of the most typical post-Byzantine architectures in the city of Berat. The Ethnographic Museum is located in the protected area very close to the historical center (Mangalem, Kala neighborhoods). It was adapted in 1979 to a traditional town house.