Opera "Pearl Fishers", a production that brought famous artists to the stage 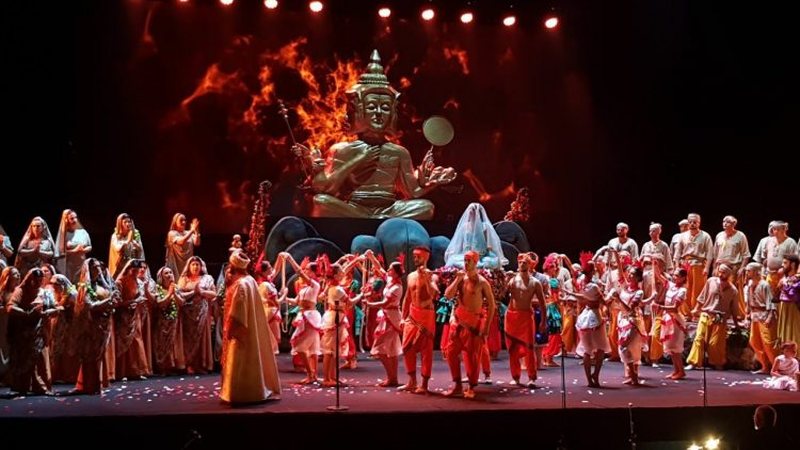 The opera "Pearl Fishermen" came on stage a few years ago. The National Theater of Opera and Ballet said on Thursday that well-known artists also performed in this work directed by Inva Mula. "5 years since the staging of the opera "Pearl Fishers" by composer Georges Bizet, under the direction of conductor Gerard Akokas and choir conductor Dritan Lumshin. A production directed and starring the Albanian soprano but with international affiliation Inva Mula, scenography by Marija Veteroska, costume design by Elva Bello, choreography by Enada Hoxha & Gerd Vaso and sculptor Renold Sula. In this opera, well-known artists such as sopranos Ramona Tullumani and Simona Karafili, baritones Armando Likaj and Aurel Tholumi and artists from Bulgaria and Turkey performed," says TKOB. He also informs the institution that another work will soon come to the stage. "A few days separate us from another magnificent work, which will come as a new production on the TKOB stage", says the theater. The opera "Pearl Fishermen" is in three acts with a libretto by Eugen Cormon and Michel Carre. The work is about two pearl fishermen whose friendship is tested by their rivalry for Leila's love. The work was given for the first time to the French public on September 30, 1863. "Pearl fishermen" in 2017 appeared on the stage of the Palace of Congresses in Tirana. Bizet's talent was manifested at a very early age. At the age of ten, Bizet entered the Paris Conservatoire where he studied for nine years. Bizet's teachers were the most famous musical figures of France, A. Marmontel, P. Zimmermann,