DP and SP clash in Parliament over Butrint, Margariti promises that the proceeds will go for maintenance, the opposition accuses that the Paris Convention is being violated 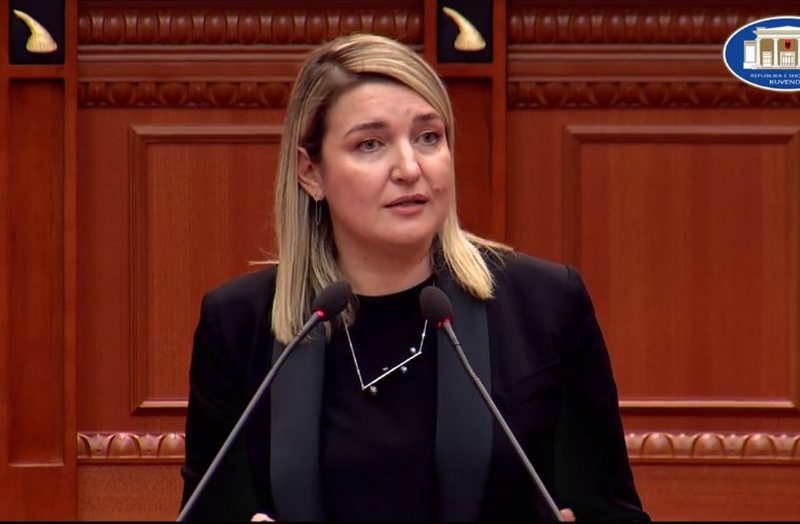 The management of Butrint National Park is being accompanied by accusations and controversy. The opposition and the majority clashed again in the Assembly, where the draft law "On the approval of the agreement on the administration of sub-zones of cultural heritage and cultural landscape, part of Butrint National Park, between the Ministry of Culture and the Butrint Management Foundation" was debated in Committee on Economy and Finance. The deputy of the democratic parliamentary group Ina Zhupa also participated in the meeting of the commission. Democratic Party MP Edmond Spaho criticized Minister Elva Margariti for the procedures followed, for the administration of Butrint by a private foundation. "It is a scheme that differs completely from the models that change in the world and require that the state be deeply involved. Before we reach the new agreement, "you have to explain why Butrint needs a private foundation to manage it," he said. MP Spaho brought to attention the controversy made by well-known names in the field of cultural heritage and said that this management agreement, not only has been discussed since 1993 and has been rejected by the EBRD, but is against the Paris Convention, which in points its requires that in management, the state be the primary party. Spaho also spoke about the conflict of interest, the fact that the AADF has funded changes to the law on inheritance, as well as the selection of the fifth member of the board the British archaeologist Richard Hodges. In front of the deputies in the commission, Minister Margariti continued as before with her position, that the Butrint National Park is state property and will not be alienated. "Property is not alienated. There is nothing abusive in this scheme. "I will be the chairman of the board, we will manage it ourselves", said Margariti.

Lack of consultation with experts

The topic of Butrint park management has brought clashes in the commission before, when the draft law was discussed. In discussions, PD MP Ina Zhupa during her speech said that the Management Plan for Butrint not only has not been consulted with the best local experts, and their literature, but for his consultation have signed names that are not related to this asset, as well as others that create conflict of interest. The accusations of the deputy Zhupa as well as other opposition deputies for the fact that the Butrint park is being given for free, the deputy Erion Braçe said that they are within the framework of propaganda and political interests. In response to the interest of the deputies on this agreement, Minister Margariti also announced that as provided by law, 10 percent of the annual income provided by the site, pass to the state budget and according to her this fund can be used not only for the needs of cultural heritage, but also according to government priorities. Margariti said that in accordance with the agreement, the income is kept in the foundation's account and all Butrint's income is used for the ongoing maintenance and operation of the site. After questions and discussions, the committee approved the draft law in principle, while the article by article review will continue in the next meetings.

GAT a memorandum of cooperation with the Association of Visual Artists of Kosovo for activities, planned and the Museum of Tirana as a museum of Albanians

Margariti: Abigeila Voshtina to be at the right height to raise the artistic quality of the theater

Neritan Ceka: The state negligent towards archeology and Albanian archaeologists are left aside, the National Historical Museum to become a national museological center

Western Balkans Ministerial, Margariti: The Cultural Platform as a Bridge of Communication

"Contract" premiere in the theater, director Ledian Gjeçi: The work has a strong message, which warns of the consequences of extreme selfishness

Duncreagan with Irish, Scottish and Albanian ballads at the Academy of Sciences

Paris, Geneva, New York, Prague and Berat part of the exhibition "City Landscape", Arben Golemi: Works with impressions I have from the architectural landscape of some cities

Rozi Kostani: More appreciation for artists because they are the most discriminated layer, the National Theater is elite and needs a better selective criterion