Albanian studies are presented at an international conference in Graz, Austria 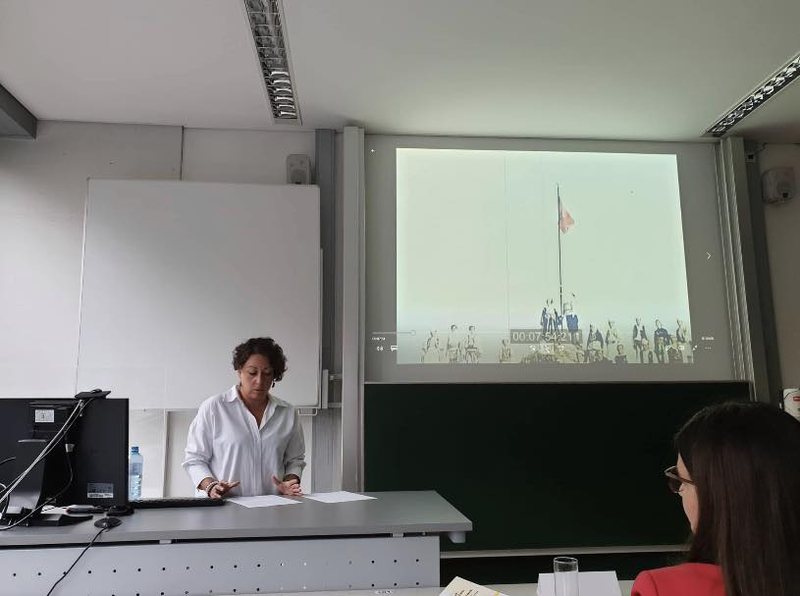 The 10th InASEA International Association for Southeast European Anthropology Conference, organized by SEEHA Graz, University of Graz, Austria, brought together researchers. At this conference, the works of Mikaela Minga and Anxhela Hoxha-Çikopanos, researchers at the Institute of Anthropology and Art Studies, were presented. The Academy of Albanological Studies, of which IASA is a part, states that dr. Minga published "The national folk festival of Gjirokastër: Visual representations through film". The folklore festival represents the most mediatized event in totalitarian Albania. The presence of technological means for its recording has been multifaceted and so are the audio and audiovisual documents that document it. From these follows the ASA, researcher Minga examined 5 documentaries produced by Kinostudio "Alshqipëria sot" for the 5 editions of the festival, analyzing the way this cultural event was represented through the documentary film genre. In this analysis, aesthetic aspects, those of filmic and performative language, as well as those of propaganda and ideology were touched upon. Dr. Hoxha-Çikopano was presented with the statement "Communist Emancipation of Women in Albania - A Cinematographic Approach" ("Communist Emancipation of Women in Albania - A Cinematographic Approach"), which addressed the issues of hypothetical and real emancipation of women in Albania and how it has been reflected expectation and reality in Albanian cinematography between 1952-1990, with the typological colors of the aesthetics and propaganda of the time and the evolution of the cinematographic narrative, facing the reality of Albanian women in these years. The Academy of Albanological Studies writes that the conference took place on September 15-18.