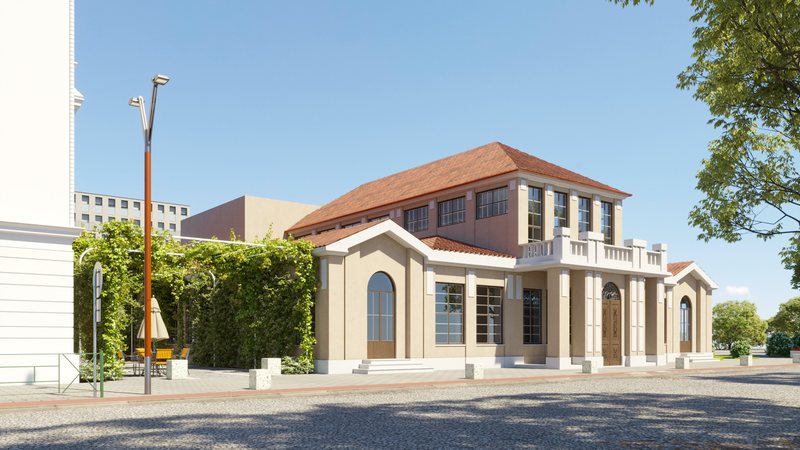 The National Puppet Theatre, this important cultural and historical monument, is one of the selected sites being restored by the "EU4Culture" program. Built in 1924 to serve first as the House of Officers and then as the first Parliament of Albania, since 1960, the building has been turned into the National Puppet Theatre, a cultural center for children deeply embedded in the memory of several generations. . On the website of the "EU4Culture" program, it is stated that after the restoration, the theater will welcome 160 spectators. Thanks to the "EU4Culture" project, the restoration of the National Puppet Theater will be fully in line with contemporary standards and will welcome up to 160 spectators. Follow us for more developments about the works on the project sites. Ministry of Culture, European Union in Albania, UNOPS", says the program's Facebook page. The building suffered from a serious lack of repairs and maintenance; the 2019 earthquake caused significant structural damage. The interventions proposed for the rehabilitation of the National Puppet Theater, in connection with the "EU4Culture" project, were previously announced to include various categories such as complete structural repair, preservation of the historic facade, restoration and improvement of the interior, including the hall of the public, the stage, the furniture, the museum exhibits, the technical, service and administrative units, the improvement of the stage mechanisms and the stage itself to host many types of theatrical performances, etc.