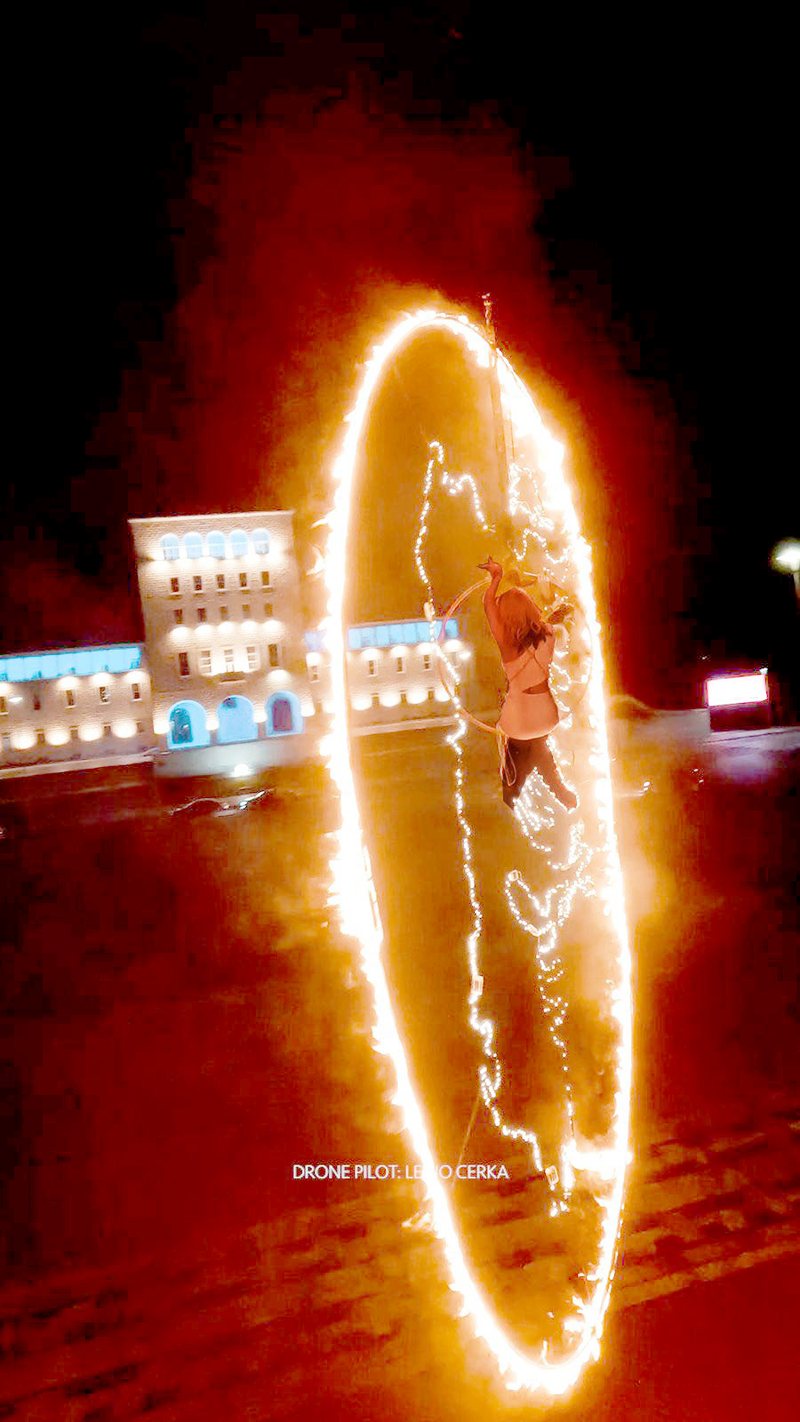 The November holidays brought various artistic and cultural activities. Among them, the acrobat Fiona Rushiti gave a special performance, which appeared on the 110th anniversary of Independence. Acrobat Fiona Rushiti says that she worked for several months to realize this performance with ethnic Albania, which she brought for the holidays of November 28 and 29. "It is the open map of Albania and the wing of the eagle, which means ethnic Albania. There are 5 months of project to be realized and I built the sketch myself, while my friend Bardhi Bicaj did the work. We worked long hours. The work was finished two days before the day we had left the shooting", says the acrobat Fiona Rushiti, who is known for her performances high in the air. The filming of this performance took place on November 25 in "Mother Teresa" square. to appear on social networks later on the occasion of the holidays. But the acrobat Rushiti shows that the time for its realization has been a problem. "I was stressed, because I thought we wouldn't be able to do it on time. But it is a performance and as a response to those who have called us criminals, that's why we wore masks on our faces in the performance. It is the fire, which means that nothing burns the Albanians and they are as strong as fire, and the map which means the union of the Albanian territories", says the acrobat Rushiti, who performed among the flames. From time to time in her activity, the well-known acrobat Fiona Rushiti has conveyed to the public performances that took place in the air, where she was not absent before on the occasion of the holidays. But its activity also includes the promotion of our cultural heritage through aerial performances.