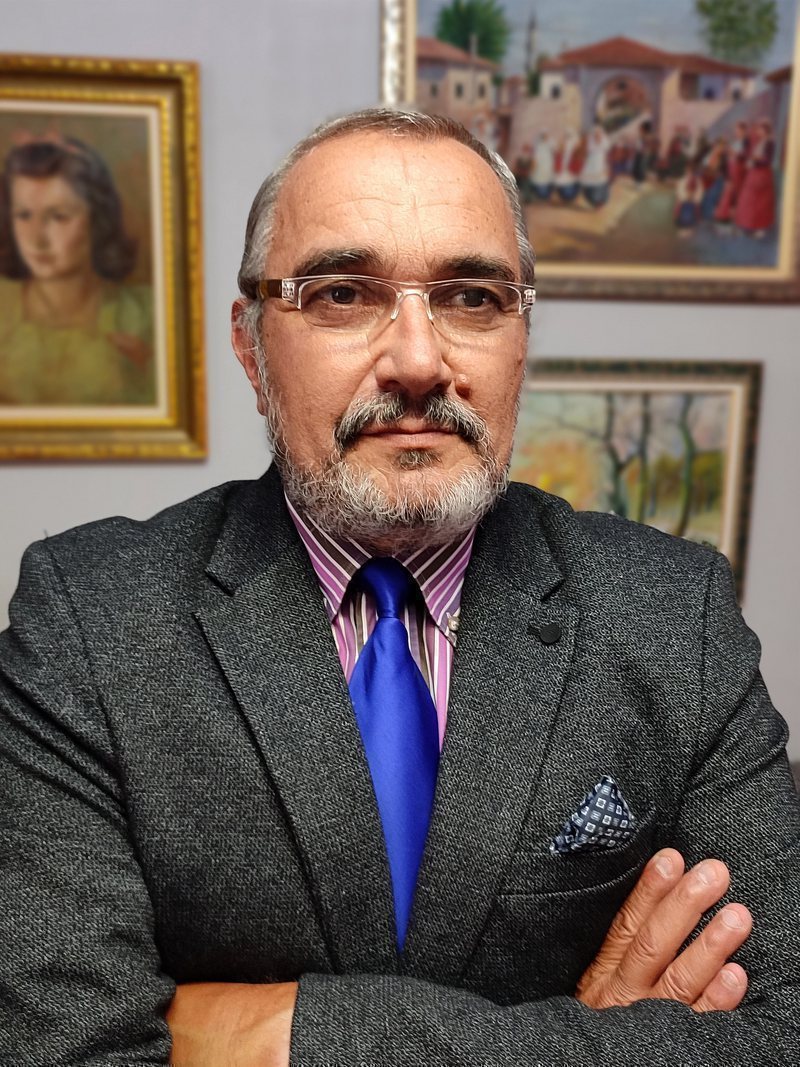 There must come a day when we "discipline ourselves" for the misfortune that happens to us by not accepting our fault! Yes, yes, it is impossible to continue like this any longer, believing our historical lie or the stupidity of filling our minds that we are to blame: the Romans, the Byzantines, the Venetians, the Slavs, the Ottomans, the Pashalars, Zogu, the Italians, the Germans, and maybe I also add Enveri, Ramizi, Nexhmija, Saliu and Nano, but also Metaj and Rama! I added the main Albanians after the creation of the modern Albanian state! Eternal respect to the national figures of great efforts such as Kastriot and the Renaissance, but we must ultimately find our responsibility! The social one! Especially when we are governed by ourselves! We cannot insult this traitor and that traitor for hours and minutes! Yes, because they came out of this society. They are individuals and personalities who have been from this people and above this people and this society has accepted them! Traitor to Esad Pasha and he had half of Albania behind him! Traitor Zogut and he also had a lot of Albanians behind him! Criminal, dictator and Enver, that this society actually convinces you and applauded him more than any other. Yes, your hands are blistered from clapping! They call Sali a communist and a criminal, and this society voted for him, and some even today (maybe they know the crimes) continue to say he is: the star of the re-established modern DP hahahaha! When Rama was in power when in his beginnings he was the "only" person who would remove Berisha, he removed Nano "corrupt traitor" and could make - medemek state! Today he is in the positions of all those before him: "traitor, "brother of Vu?i?" and "mafia and corrupt criminal"! But will we as a society ever come to the philosophy that after the finding comes the repair of the great social fault! Do we have to bear responsibility as a society, as the Germans held and accepted the guilt of Nazism and the Italians with that of fascism? This is good, but are we going to accept and repair with the idea that no individual and political clique can do anything without the participation of our "ignorant" (without knowledge) complete politically and philosophically! Yes, as a society that does not accept civilization and rejects the elementary principles of democracy and state creation! Saliu, Nano, Metaj and Rama will never control the territory and will never establish law and order, because they don't want to! They don't want to, because they can't rule in a democracy. Law and order! They are sons of evil and will remain so, because this is how I repeat they triumph over a society that is ignorant! None of them have the talent, importance or skills of Zog and Enver. Moreover, no one would allow them to become either a "monarch" or a "party secretary for life"! They just imitate absurdly, but it's not their fault. It is the fault of excessive ignorance in society! And even more, the Albanians, we, the Albanians, are not satisfied with being just ignorant! So politically and philosophically ignorant of democracy and urbanity of the time! Unfortunately for us, we are arrogant in our ignorance! I am sorry to say this, but there are other ignorant peoples (ignorant in democratic action), but they are not proud nor arrogant in their ignorance! No, they are simply ignorant! Now this finding is very widespread! But it is not enough. This finding must be turned into conviction and a solution found! The return to obedience begins when we give up the vote for political degradation today and yesterday, but which will remain tomorrow. This is the only belief that must be accepted in this political and philosophical ignorance nonsense that is taking us by the neck. It is denationalizing us and giving the youth an escape, leaving only the elderly in Albania of working age. So: old men, politicians and unemployed"! Another philosophical PPP that is facing financial PPP, which have put into debt every child born with over 5000 euros without taking the first step! The arrogance of our ignorance must be removed! Let's not get tired and fill our minds with the fact that we are "the nation chosen for beauty, bravery, honesty, but also intelligence"! No, we are not in either because otherwise we would have raised big heads, fought big wars, great inventions and we would have the greatest economic and life level! We are always justified that others have wronged us. Yes, and we don't take the question back! Why did we allow them, why did we submit to you, why did we suffer and did not once make the company that "I will not suffer again"! We survived suffering, culturally, politically, economically - but enough! Now we must tell the truth! Enough with our tragic ignorance coupled with arrogance! Yes, with an arrogance that appears everywhere in every relationship we have as a society. But mainly with the state politics and economy! We are ignorant and arrogant and of course this leaves us at a great distance from society, which are just ignorant. Yes, but not to the point of being arrogant with their funeral ignorance! Yes, funereal and grotesque together! When the day comes that we can put away our arrogance,