Intrigue, class war and for vulgar folklorism we have the Democratic Party of Foltore, the others in parliamentary work! 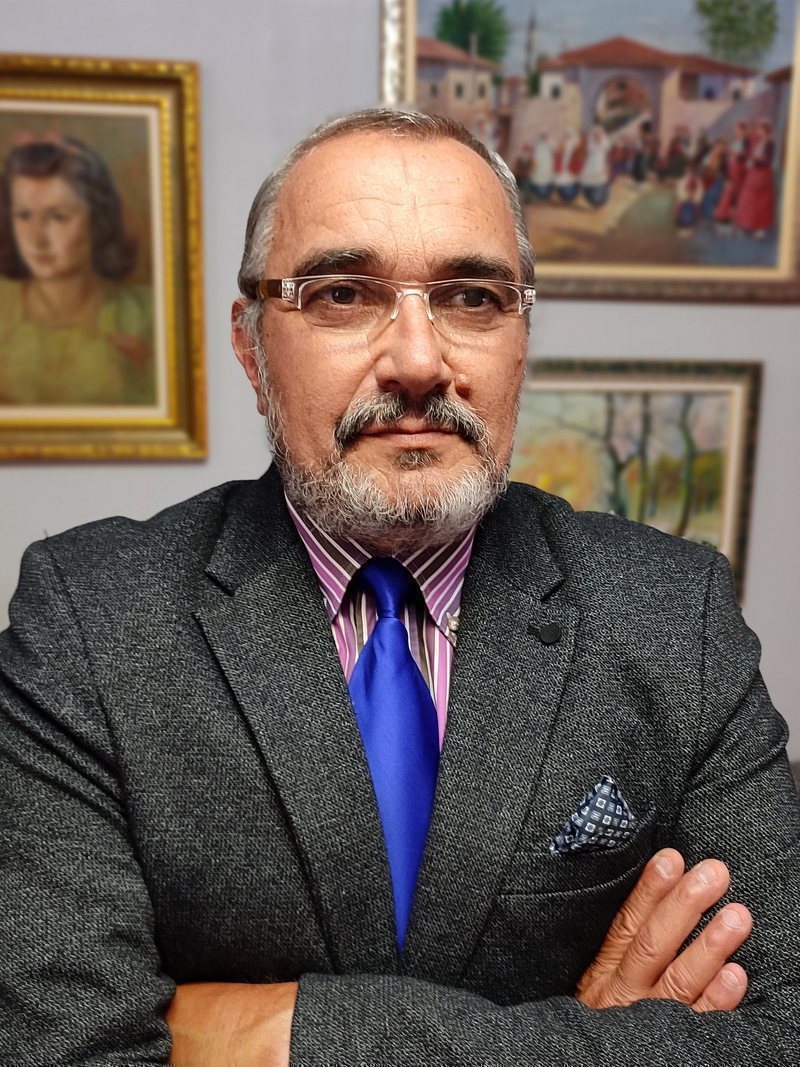 Folk & Vulg Foltore's politics, which is at its peak in the Bottle of Rakia of the people who represent it is certainly a phenomenon. Berisha says he has 40,000 behind him, but I believe he has more! Because, he has vulgar Albanian society that rejects democracy, abuses freedom and wants the charlatan above himself who seems to him a "statesman"! There are many, but even in Albania, after three decades of a folkloric folly typical of the "freedom of the pulpit" to swear and insult everyone except the chief folklorist Berisha are not the majority. Folktorism is a political phenomenon in Albania, which has long been the majority, but today it is no more. The Democratic Party of Foltore will continue its life as long as Berisha has a strong biology! But this phenomenon is not compatible with democracy! Today, they curse and declare as enemies all those who until yesterday defended and praised them. They believe today the man who made Basha the leader of the speakers and accepted the degeneration at the base of the PD and today they curse each other with a house book and declare class war with traitors and enemies, because that is how Berisha teaches them and that is how they are molded live in politics. They do not live one day in the original, they live all day fake. They do not accept any idea or principle other than their retrocultural and intriguing logic to the point of absurd folklore. But I repeat, they are no more (thank God if it enlightens the minds of most Albanians in Albania) and this is great. Certainly the Albanian society and those who look okay, have big problems in politics with liars and immoral and politically immoral, but that unlike the Democratic Party of Foltore or the one considered Berishian, they do not kill democracy openly and also do not bleed by saying "we are defending the prime minister"! Today, the Bylykëbashët and Tritan Shehët of PDF or the Democratic Party of Foltore, and the man himself who smiles at the nonsense of brandy bottled bribe-takers or idiots who say they love my children the most, declare traitors and enemies or collaborators of Rama or the American embassy Alibeaj or others who are not in the pulpit. But let them continue. They are for this job, for intrigue and class struggle. Unless they declare enemies and traitors, the Berishks will not be able to live. You do not pass the brandy down. Albanian democracy has its berishks for this. But today the socialists and Rama should not choose with the help of the SMI or with the debt foolishness of power that Rama did when he chose an individual like Meta who has his greatness in the delirium of turning into madness of decorations and titles, especially that "Grand Master" ”! Meta, then, that Rama made President, turned the office into a "village Çepanishte game"! It was Rama who made such a pact and then shamelessly complained. Today it is not a problem to have an anti-communist President, but a man, just a normal man at the head of the Presidency and without the slightest doubt, a citizen by origin and activity. This is the task of those deputies who no longer have any business with Foltore and who are accused by her of being traitors and in the service of Soros, Ambassador Kim, America and of course Rama. If they declare arms, in the pulpit you are much better than decorating Ilir Meta! The conspiracy theories and the folly of the Foltore are for "msysh" and if the foltorists insult you a lot, you have many reasons to believe that you are okay with urbanity and civilization. When you are anti-civilization and when you are against democracy they do not curse you, they even praise you. When you do not sit down, do not insult, do not accuse without grounds and facts, when the power does not intrigue to do folkloric nonsense, you are not theirs and you are no longer needed in the Foltore. When you do not eat the words or lie on the spot, you are not theirs. When you do not accept to be called folkloric and part of the cultural vulgar that yesterday you were with a person and applauded him and after a personal idiocy of Berisha to become the hero of his accusing rhetoric, you can not be theirs. So you are okay with the rest of society. Of the PD deputies with signatures and stamps still legally, this is something you should cooperate so that Rama and the Socialists do not do it with the former guilt called Meta. Anyone who has political principles and political morality that does not go as far as folklore and retro culture that does not reject democracy must continue parliamentarism. For intrigue, class warfare and vulgar folklorism, we have the Democratic Party of Foltore.