"We are often accused of being a government that thinks about the oligarchs" / The doors are opened in the new neighborhood for 74 families, Rama reveals the strategy he used: Here is the answer for the residents of '5 May' 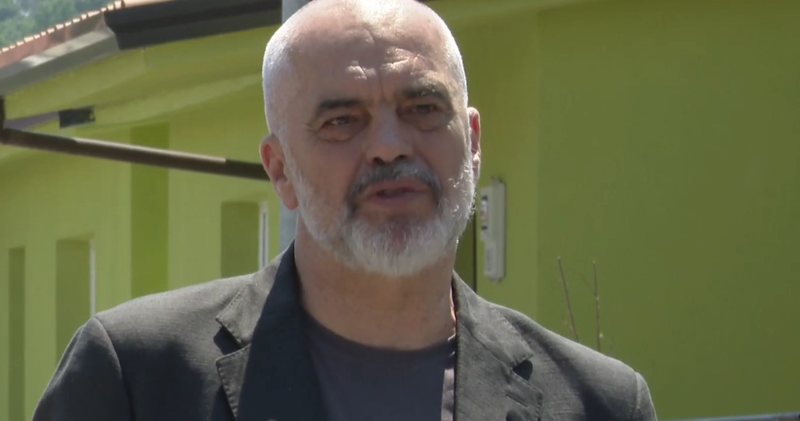 Prime Minister Edi Rama, present today in Ndroq, where the doors were opened in the new neighborhood for 74 families which were damaged by the earthquake, responded to the accusations that his government protects the oligarchs and not the needy. The head of government said that thanks to the increase in taxes for the rich, the houses of those affected by the earthquake were rebuilt.

"We shared the idea that we would do the reconstruction faster than the others and definitely for free because we are not richer.

We are often accused and in fact unfortunately the expression "slander and slander that something will remain", and in this case proves to be successful. That some people are inclined to believe the lie more than the truth.

But only the reconstruction program, without counting the other is the most stubborn proof to the contrary.

If we were a government that thought about the rich, the reconstruction program would not happen as it is happening as an investment program thanks to tax increases for the rich by reducing to zero taxes for those who have less to give home free families, would not happen.

Just as if we were a government that thinks about the rich and does not pay constant attention to those who have less, it would not happen that there would be no chance that even those who have illegal homes them and not legalized due to the positions where they are to demolish the house but give them a new house.

You have seen what happened on May 5, the policy of slandering the food of strife and conflict by abusing and people who even give the house but never change the vote because they have it there in the old fixation raised a storm as if we were breaking the home of the poor.

What four- and five-story houses built without any plan or permission, without any respect for others around?

And then not only are they historically flooded but others are flooded right in the middle of the river bed. Jo.

But on the other hand, we do not and will not continue to spoil to throw those people in the streets, regardless of what fixations they have with their vote that we are the government of all Albanians, not only those who vote for the SP, to taken to new homes without asking for any money. Houses built with the taxes of all Albanians.