96 votes in favor and 0 against, the Assembly approves the three draft laws with a majority of votes

Suspected as contract killers, the Court of Durrës gives the verdict for the Beqiraj brothers

Albin Kurti raises the alarm, reveals Vladimir Putin's plan: We are on the verge of war! Behind Serbia hides... 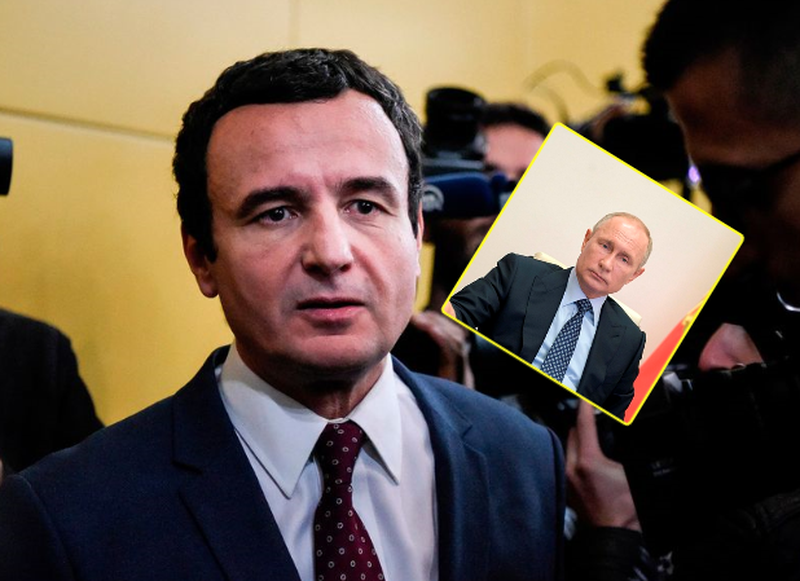 The Prime Minister of Kosovo, Albin Kurti, has spoken to the daily "La Repubblica" about the tensions in the north, after the reciprocity of targets and documents. Kurti says that Russia is blocking the roads in the north of Kosovo.

"On November 25, Serbian Prime Minister Vu?i? was in Sochi: it was the nineteenth meeting with Putin in ten years, on average they meet twice a year. It is not normal for government leaders. On that occasion, Vucic said: "We talked about double standards and hypocrisy in international relations. Putin is aware of this. I showed him the north of Kosovo on the map". Kurti declares.

Furthermore, the Prime Minister of Kosovo emphasizes that even the barricades erected on the road were not spontaneous but organized by Belgrade and supported by Russia.

"The conversion of license plates introduced by Milosevic is a decision of my government. They have two months. The same applies to documents: on Sunday, for the few hours it was in force, the border points that remained open were open. they gave 2679 without incident.

That's why they had to call someone for the barricades: the protest did not arise spontaneously from below, it was organized by Belgrade and supported by Russia", continues Kurti.

Regarding the possibility of a new conflict between the two countries, Kurti says that the risk remains high.

The release of Alqi Bllakos, Voice of America: The two small children have no care

The issue of the sea in The Hague, Rama meets with Mitsotakis: We still do not have a consensus with Greece

The release of Alqi Bllako from the cell, comes the first reaction from the government

Europe is on two war fronts, one of them includes Albania", the strong warning made by Lorenc Vangjeli

"The state has fallen", Bylykbashi raises the alarm and warns: dangerous doors are opening, it can lead to...

The former minister of Rama reacts after the release from the cell of Alqi Bllakos: How a show was made to cover the mafia truth of the incinerators

The email for Ilir Meta, the well-known journalist casts strong doubts: Lobbying issues from the SP, they have contacts with European parties

Cyber ??attacks/ "Millions of Lek were wasted" - REL: The government and the opposition clash in the Parliament