Well-known analyst "reveals" secrets, shows who are the 4 most "eavesdropped" in Albania: I have evidence that such a thing has happened 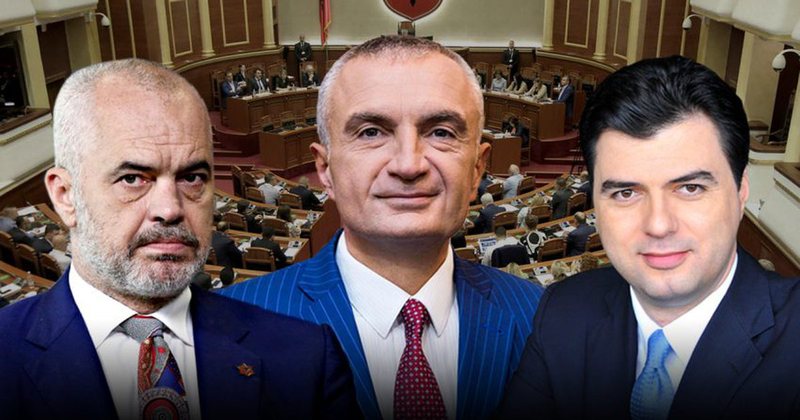 Analyst Lorenc Vangjeli said that the attack that Lulzim Basha made on Ilir Meta was unnecessary at the moment.

Vangjeli commented in the studio of "ABC LIVE" on what happened three days ago, where the President made a strong statement when he said that he is being intercepted by domestic and foreign secret services. But was it a tendency for victimization or could it be true? Lorenc Vangjeli believes it.

"The issue of wiretapping is completely credible to me. This is one of the most serious statements possible, but there has been minor attention. I can give you proof that such a thing has happened in the past. In 2014 there was a verification attempt at SHISH and they made shocking discoveries of the kind, I am giving you four of the names that were tapped at the time; Rama, Meta at the time Speaker of the Assembly, Lulzim Basha and former Minister of Interior Saimir Tahiri. Meta held the record for over 700 such interceptions.

It is not a new story, then there was a report considered secret. The way they were eavesdropped was through a trick, almost ridiculous, someone who had contacts with the characters marked to be eavesdropped was picked up, he was followed and he came out. The law requires that the moment a character emerges with immunity, the wiretapping be stopped and a warrant is sought and what was recorded be destroyed. It is about February 2012 when at the beginning the former Minister of Interior Nishani and Berisha gave the strong but indirect proof that Edi Rama and the socialist deputies were under surveillance.

"We have intercepted calls from the Bloc or the SP," he said. There was a long list of eavesdroppers, these four names, MPs, powerful businessmen and a number of journalists who have been eavesdropping. There is one more thing, very briefly. The two characters in question, Rama-Meta, later admitted that they were wiretapped in the spring of 2013 before the elections to know what the SP and the SMI would do. And those who did not talk on the phone when talking to their people, cursed each other and denied the alliance, which put the doctor to sleep, "said Vangjeli.

"A figure that would be fantastic for the Tirana race"/ The PD deputy brings out the well-known name that is circulating: He would be the right candidate

"Today we legitimized the lie"/ Evi Kokalari bursts out from the former prime minister and counts them one by one: Shame on you Sali Berisha! You are all finished

"The return of PL will be very powerful", Meta clarified the intentions for the local elections

The meeting with Begaj ends, Fatmir Mediu reacts immediately and explains what was decided: This is the date we proposed for the local elections

He replaced Ahmetaj who was 'stripped' from every post, the political leader of the SP in Vlora is introduced

Frrok Çupi: Meta and Berisha are preparing a big conspiracy against Albania, that's why they will enter the local elections together and the klechka that will lead to the arrest of the head of "Foltor"

Oil smuggled from Libya to the Port of Durrës, Salianji: Government with two standards for law enforcement