Ardian Dvorani and Ina Rama candidates for President? Berisha erupts in revolt: They are subject to criminal prosecution for their activity in office. Here are the dizzying riches they have hidden 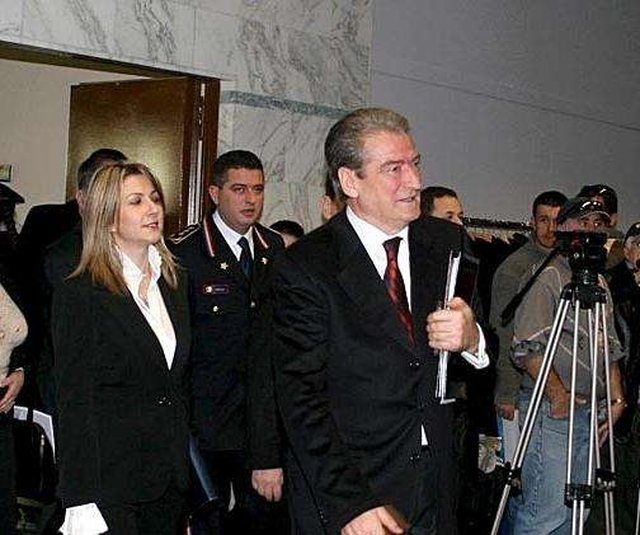 Former Prime Minister Sali Berisha, when asked about his attitude towards the two names that may come as a proposal from the majority, Ardian Dvorani and Ina Rama, said that both without exception are subject to criminal prosecution for their activity in office.

According to Berisha, Ardian Dvorani is a symbol of the blackest corruption of the judiciary. As for Ina Rama, he stressed that she has carried out an unconstitutional activity which is never filed.

"Both without exception are subject to criminal prosecution for their activity in office. Ardian Dvorani has hidden 82 thousand euros. Dvorani has the contract of the apartment for 92 square meters at a time when the apartment turns out to be 128 square meters. Ardian Dvorani stated that Albtelecom paid 17 thousand euros of the obligations he had for his apartment and back Albtelecomi as rapporteur or judge gave 9 decisions against state agencies in favor of Albtelecom, to reward him 17 thousand euros. He is a symbol of the darkest corruption of the judiciary. Ina Rama took an active part in the coup that failed on January 21st. It undertook an act of decapitation of the Guard, of the chain of command that the failure of the first phase succeed in the second phase. Has committed an unconstitutional activity which is never filed.