"Will they investigate Berisha for non-women?", President Meta does not share with the Prime Minister, bursts the strong statement: Who paid them? Did Rama know this? 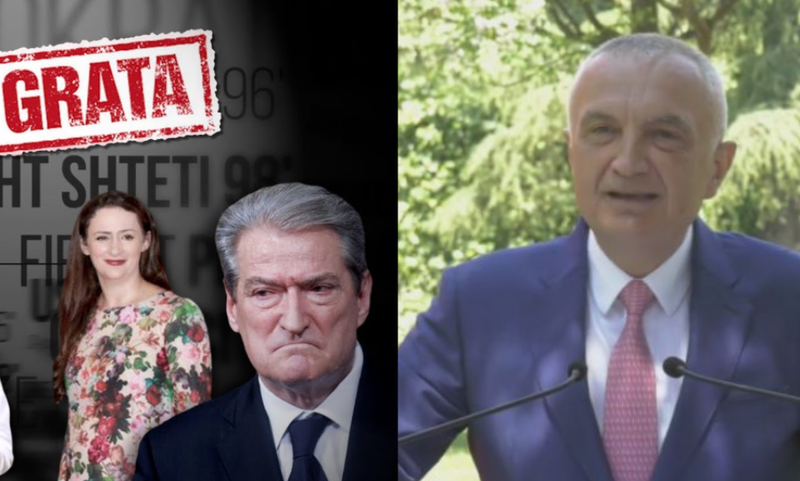 During the press conference, President Ilir Meta, while being asked about Rama's statements, continued and stopped at the call for the investigation of former Prime Minister Sali Berisha.

According to him, Rama should investigate Meta and Berisha, but should be held accountable for the 430 million euros of incinerators that have disappeared. According to him, that money has gone for lobbying and writing abroad.

"We also have the immortal poetry of Avzni Nela. You will see the bunch of incinerators where it will go. Will he encourage you? Do not accept that you are a structured group. Do not speak with justice? Do not accept that other ministers have told us, after Ilir who denounced us with facts, account numbers, with everything, in front of all Albanians, that in February last year, 3 months before the elections, with what Ilir did, accusations were made , then does not intervene, that the boys should get the votes; in Durrës, Fier, Berat, etc. To become the majority, then the boys to have some facilities, and the money will be, paid with that money writing outside, lobbying and that affair to be called; great success. Where did those 430 million euros go? Who will pay for them? Will he investigate Sali for Non-women? You have some information from Soros, and from Edi Rama's agency. Who prevented them from investigating Sali? Illyrian, or Ambrozian, who also asks inappropriate questions. And it will overtake Zambia for corruption. Illyrians, Sali and the Pelasgians are to blame, he knows nothing. The same 14 decisions that are made in one day. Do you know how much work it takes to do them? Yes all those directors who have objected. He did not know anything ?! "Things are very clear, in the sunlight," said Meta.

"Rama and his co-thieves want to hide the money in ...", Sali Berisha breaks the serious accusations and raises the alarm: He was caught in the act!