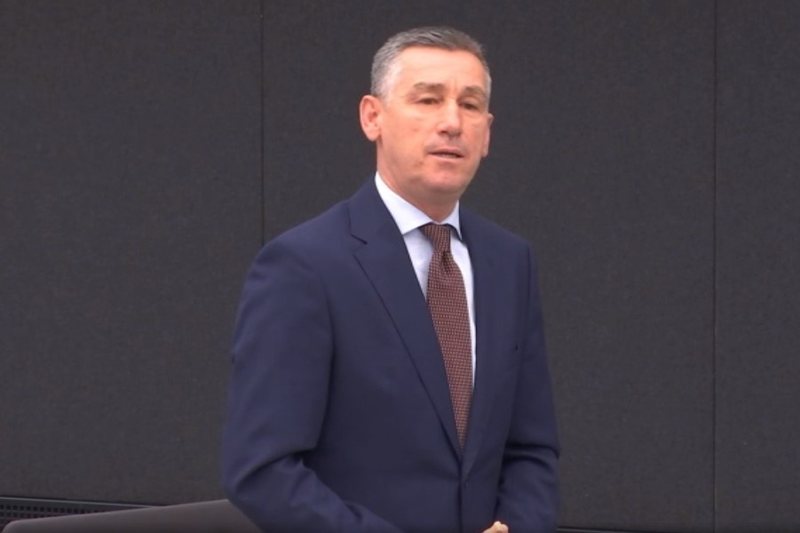 Kadri Veseli's defense in the last request for his release from detention addressed to the pre-trial judge included the response of the Kosovo Police Director, Samedin Mehmeti, who gave guarantees that he could continue under house arrest.

Kadri Veseli's defense has also made a request for the release of their client from the detention center in The Hague to continue the measure of house arrest in Mitrovica.

According to the letter of the two lawyers, Ben Emerson and Andrew Strong, sent to the Pre-Trial Judge, the Frenchman, Nicola Guillou, now the director of the Kosovo Police, Samedin Mehmeti, has given a clear guarantee, which as stated in the document reduces the only risk identified by the Pre-Trial Judge in the previous decision.

The defense has confirmed that they have received a letter from the head of the Kosovo Police, which states that "Kosovo Police is more than capable and ready to implement any condition or order imposed by the Pre-Trial Judge for the Release of Temporary or any other issue.

As stated in the defense document, the Kosovo Police is better equipped to carry out Court orders than the units in the Detention Center.

The defense further states that the detailed engagement taken by the Kosovo Police clearly changes the circumstances and directly reduces the risk that the Pre-Trial Judge had mentioned in the preliminary ruling on the Home Arrest case.

Finally, the defense asks the Pre-Trial Judge to release Kadri Veselin from custody.