Two years since the November 26 tragedy, Basha in the earthquake-damaged family: Disaster did not divide people left and right, but the government divided 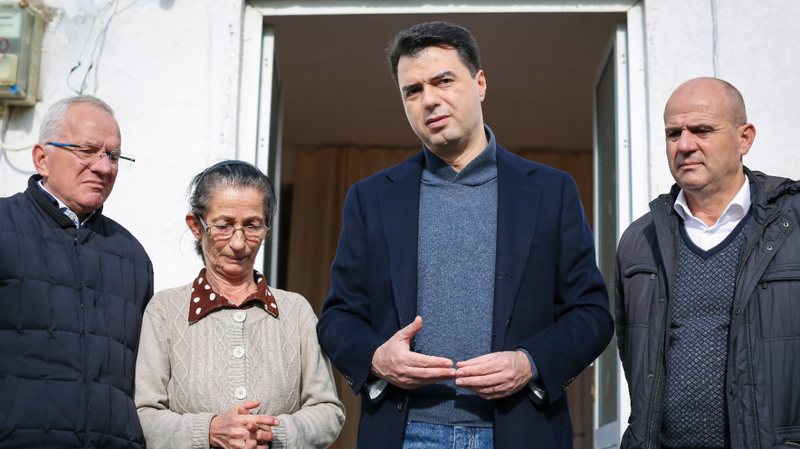 The chairman of the Democratic Party, Lulzim Basha, on the second anniversary of the tragedy of November 26, was today at a family affected and damaged by the devastating earthquake.

"This is a symbolic family in terms of forgetfulness and abandonment two years after November 26," Basha said.

The Democrat leader accused the government of spending the money on luxury spending and not on the needs of citizens in need.

"Two years have passed and this wound has not been alleviated but it has become more severe than abandonment, people were left at the mercy of fate, a large part are still in umbrellas are entering the third winter in umbrellas, the disaster did not separate them people on the left and right but the government divided them.

Today he would not boast of the generous help of donors, but would have canceled any other expenses especially the expenses of luxury and concessions and PPP to come to the aid of families in need.

This is the moment to make and once again my commitment to bring an hour ago a change in Albania, everything that has happened and has been out of human control is only half of the tragedy, the other half of the tragedy that has lasted for two years with it is inhumane, it is forgetfulness to abandon the criminal abuse of power and power funds that was intended to keep you tied behind your back and use you as cannon fodder in the April 25 election massacre.

I am here to pledge that our political family PD is determined to bring to an end the cause of fair compensation for all the material damage suffered by thousands of families from the earthquake and to bring to justice those people whose lives are burdened by the inhabitants of two palaces in Thumana to see their day before the law.

We have continued to stand by you without any political or electoral calculation, we will stay by your side until any problem caused not only by the earthquake but aggravated by misgovernment takes its course ", said Basha.