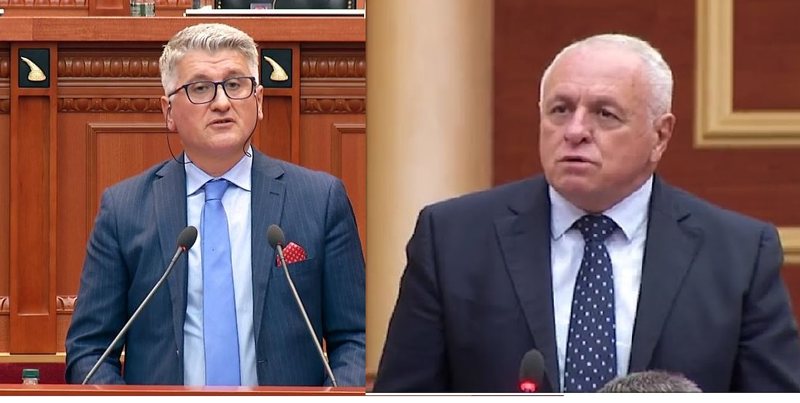 The "ping-pong" of answers and retorts between the PD deputies, Tritan Shehu and Agron Gjekmarkaj, at the same time Deputy Speaker of the Assembly, continues.

After Shehu's last reaction, Gjekmarkaj responded through a Facebook post, as he wrote that "Dyrdyli took the leek out of the 'bottle' to use it as a feather that gives hope for the future".

He hurt the "wound" a second time, a heroism he does for the real Doctor from time to time. Both together are leading the "revolution" towards victory, towards tomorrow. "In order to show courage to the Doctor and to utter the word euro, the cartwright does not speak !!", he writes.

Earlier, Tritan Shehu responded to Gjekmarkaj's statement yesterday, saying that "as an MP, I do not find it hopeful, not only for the complete lack of ethics".

He further stated that "regarding the placement of my name distorted in them, I want to say that I do not bother at all with those 'machine gun burst' noises that he publishes in my address, just like the sounds that 'Writer donkey made' '”!.