The High Inspector of Justice met with the EU ambassador, the conversation became clear, here is the important issue that was discussed 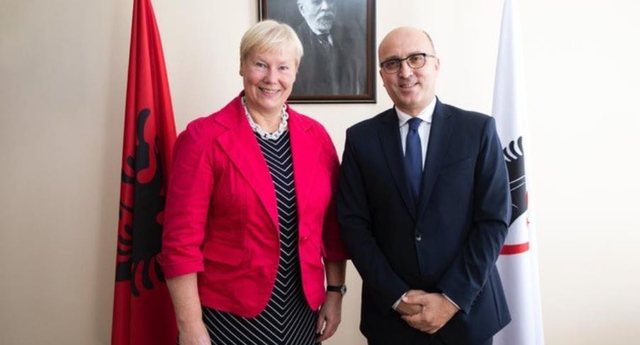 The High Inspector of Justice, Artur Metani hosted the ambassador of the European Union in Albania, Christiane Hohmann, in a working meeting.

Congratulating him on the task in our country, Metani appreciated the help given by the European Union to the ILD Office, such as the technical assistance through the EURALIUS V mission, for the consolidation of the justice system in Albania, as well as the increase of capacities through CEPEJ, the program for Strengthening the Quality and Efficiency of Justice in Albania. 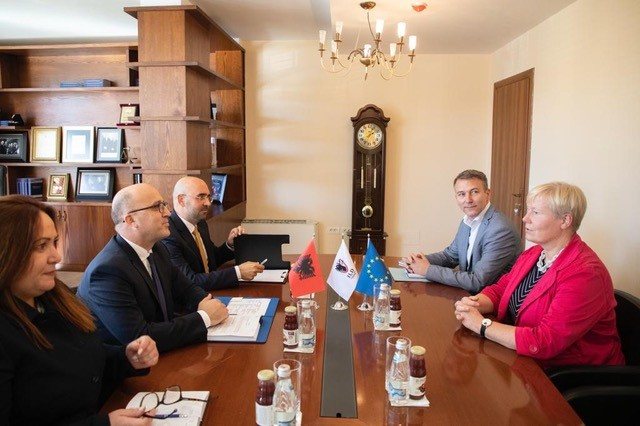 The High Inspector of Justice, Metani gave a presentation of the work and results of the ILD office in these 2 and a half years, underlining that in its work to verify disciplinary violations of magistrates, the ILD is guided by the principle of maintaining the balance between the public interest in the administration of justice on the one hand and the independence of magistrates on the other.

Ambassador Hohmann evaluated the results achieved by ILD in two years and emphasized that the European Union will continue to support the institutions of justice in Albania.

The High Inspector of Justice, Metani, and the EU ambassador, Hohmann, shared the opinion that the transformative power of the reform in justice will also affect the social mentality and that the process of negotiation for membership will not be simply a process of monitoring, but cooperation for development. the consolidation and approximation of Albania to European values ??and standards.

What did Begaj discuss with Pope Francis in the Vatican? The details are highlighted

"Ilir Meta is the big question mark in this story"/ Lorenc Vangjeli reveals the behind-the-scenes: It is tragic and comical at the same time, Berisha started the protest of December 6...

Non grata/ Berisha attacks the British ambassador and Yuri Kim: I will expose and denounce him because this is how I protect the dignity of the British government

Anxhelina Hadërgjonaj celebrates her birthday today and there was no way ...