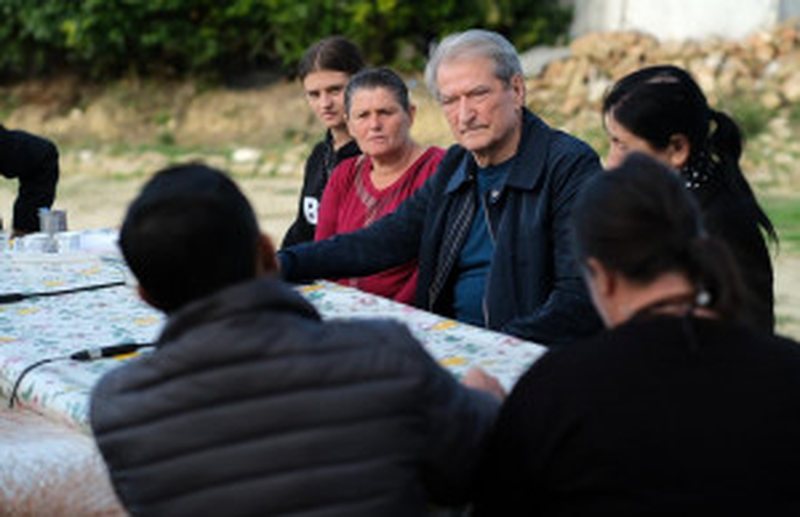 Former Prime Minister Sali Berisha visited today the family of Martin Jaku in Bubq, Fushë-Kruja, whose apartment was destroyed by the November 26 earthquake.

The head of the family, Martin Jaku, stated that he did not receive help from the state. They live in a hut, which they say was provided to them by other people.

Berisha said that the Albanian government received over one billion euros from Europe and donors, but they wasted it and appropriated it as they wished.

According to the former prime minister, all damaged apartments and buildings could be rebuilt with these funds.

"You missed me when I saw your condition. We will do everything for you. We give the biggest help after we get rid of this heartless government. It has received from Europe and the donors over 1 billion euros have wasted it as they pleased and not as needed. The opportunities have been complete to rebuild any damaged housing. The EU gave him funds, friendly countries helped the Albanians. But these rushed as greedy in abuse, in buying votes", said Berisha.