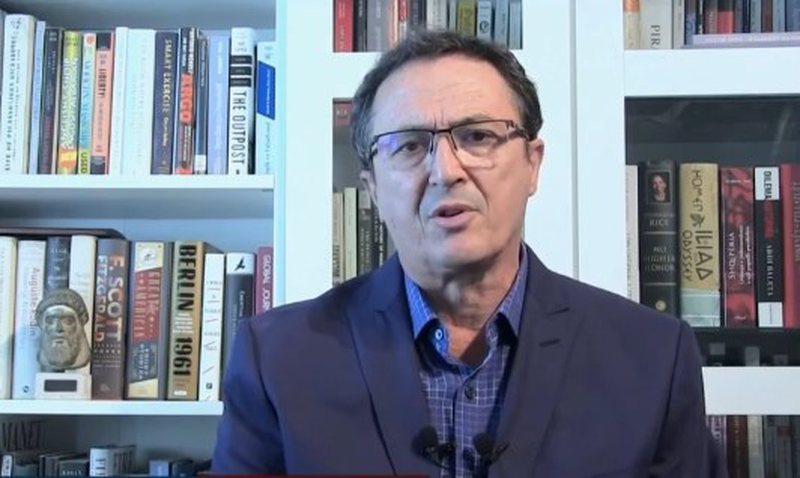 As for Sali Berisha's call for Albanians living abroad to join the July 7 protest and if he will go, journalist Robert Papa, invited to MCN TV, affirmed that if he will be in Tirana, he will put himself at his disposal for the protest, although he said he is afraid that the American ambassador will appeal not to go.

The idea that we vote, I'm afraid we are half of the voters. We have the right to ask to be represented in parliament, not just to vote. You ask for our votes. Fan Noli was a deputy from America.

If this formula is selected. Who is that Albanian who leaves America and comes to parliament for a salary of 1,000 dollars? We want to vote. It is the constitutional right of those who want to vote.

Here the border is blocked during the elections. You can vote by envelope. But do we trust the Albanian Post? I don't believe it!", said the Pope.

Berisha's setting as the opposition front with all the links of society, he describes as a found name.

"I personally know that the protests are of the left, not of the right. But in Albania it is a great luxury to have a Prime Minister who does not go to America's party and who does not know the economy.

When the Socialist Party itself does not remove him, then it will be done with protests. The words protest, demonstration can be used and no one should be intimidated. Every people, when they see that they are trampled and oppressed, they have the right not only to protest, but the people have the right to overthrow the government with weapons.

I do not wish for violence. But this oppression, this lack of freedom, this arrogance cannot be tolerated. A tunnel was opened after 15 years and it was sung as if it was Enver Hoxha, this is shameful", said the Pope.