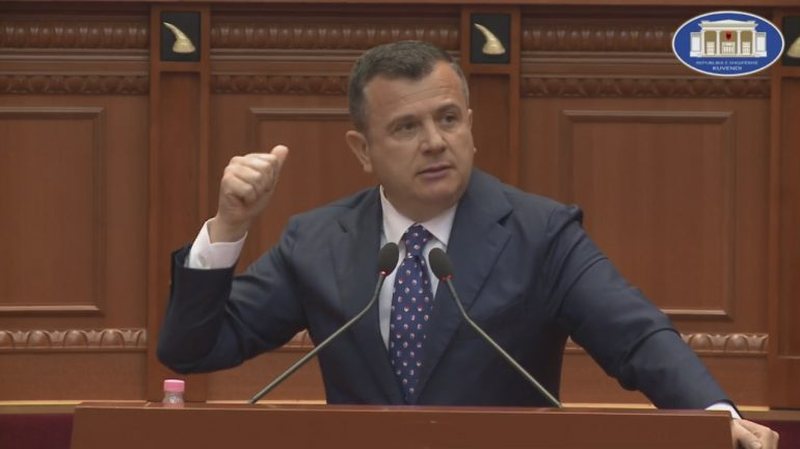 The head of the Socialist Party parliamentary group, Taulant Balla, has accused Sali Berisha and his family of money laundering.

Balla said the US has declared them non grata, accusing them of corruption. He invited the SPAK and all relevant institutions to investigate and come to the right conclusions.

"Today is May 23, 30 years since the tragic moment of Falcone. Albania needs Falcone. If we had and I hope we have them in the days, weeks, months that follow, neither Berisha nor anyone else would gossip to Albanians today about corruption. The last in 31 years of pluralism in Albania to point the finger and attack colleagues is Sali Berisha. There is no level in Berisha in this room, nor in Albanian politics, that has been declared non grata due to high-level corruption, for the enrichment of his close people.

It literally says the proclamation non grata from the US. When Berisha raises the accusation of corruption, we should all ignore him. Sali Berisha must explain his corruption. The reasons why the US has come to this conclusion. It is the failure of all state institutions, from taxes, to money laundering, to economic crime, the special prosecution, how is it possible that all of Albania knows that Berisha is the "de facto" owner of a television that accompanies Berisha even when he goes to toilet. Could this bother us all? Where is the money laundering? Why not investigate. AMA has a lot of control over its scope.

You can not control the money where this television gets. Taxes, since the wage scandal broke out. You saw the salaries on that television. Why do you think that the director of that television is paid with 500 thousand old lek. There is no failure. He comes and gossips, raises his finger. He has in the US, son, daughter, reasoned why. How is it possible that they have salaries. He goes and gets a business, a property with 10 lekë and he goes and sells it with 100 lekë, 90 lekë is money laundering. "Where are you SPAK, why do not you finish that file", said Balla.