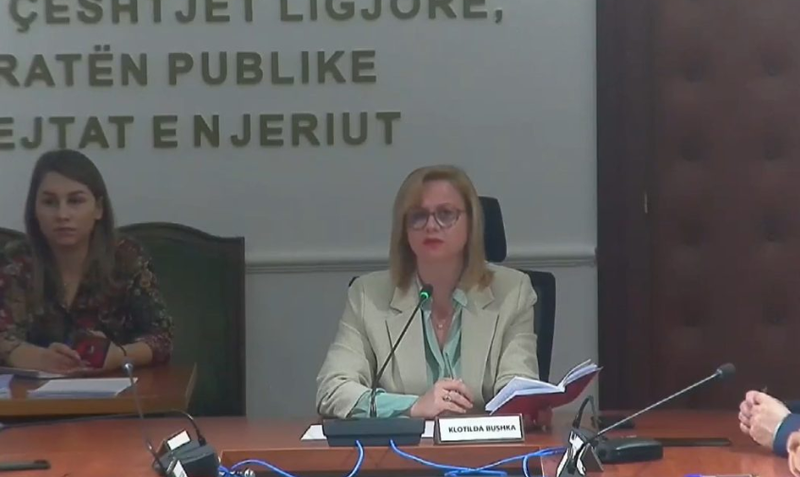 The meeting of the law commission, where it was planned to propose the name of the candidate for President of the country, lasted only 3 minutes.

This is because the opposition and the majority have not submitted any proposal, causing the second round for the election of the new President to burn.

After the burning of the second round for the election of the President, where the opposition did not send any candidacy, today at 18:00 is expected to take place the plenary session for the voting.

The Law Commission, which met at 09:00 this morning, after concluding that there was no candidacy for the name of President from the opposition, has closed, announcing that the next meeting will be announced after the decision of the Conference of Presidents.

The Conference of Presidents convened last Tuesday decided that yesterday at 16:00 the candidates with 20 signatures of deputies to be deposited in the Presidency of the Assembly and further tomorrow the Law Commission will meet initially in the morning to review the names and in the afternoon the assembly for voting.

Although the week began with a pact between the majority and the opposition giving the latter the right to nominate candidates in the second and third rounds, the consensus lasted less than 48 hours.

On Friday morning, the socialist parliamentary group issued a short statement recalling that the agreement between the parties is for the opposition to bring a name to the second and third rounds, which should come with supporting firms.

This means that today in Parliament, MPs must vote for a name that comes with the signatures of at least 20 opposition MPs.

"This kind of leader does not deserve to be called a man" / Romeo Kara explodes and bluffs Berisha: Everyone deserves the same end!