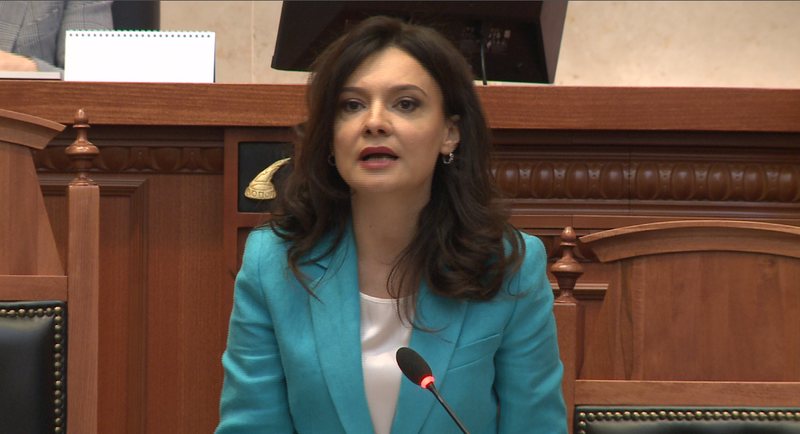 The Ministry of State for Relations with the Parliament, Elisa Spiropali, responded to the leader of the Democratic Party, Sali Berisha, after his accusations about the state of the media in Albania.

Speaking in the Assembly, she said that Berisha is the last one who can speak to the media, as he has proved that he is ready to set fire to the country for himself and his family.

"Doctor, do you think you were elected head of the Democratic Party yesterday? In fact, it looks like a dead end that leads to nowhere. You have taken with you and the poor to follow, you have closed every way to the DP.

You for yourself and your family are ready to burn not only the party, but also Albania. When you talk about media freedom and mention Rama as the head of the regime, Edi Rama is the symbol of the journalist raped by your regime. The time when journalists were injured in protest has passed with Berisha's departure as prime minister.
"The time when television accounts were blocked has passed with your west, Sali", said Spiropali.

According to her, “One thing should not be forgotten, all the black things that have happened to the media, are part of the mark that has been put on you over the undermining of democracy. The Vice President of AMA was elected by these deputies who were here. You have very serious deeds in relation to the media. In the past four years, Krasniqi has been the director of ATSH, but we do not have a defense lawyer here. But that a stigmatized man stands up here… o Flamur why do you stay so close to him that you look like the flagpole. Stay where you are. It is good that you who left Sali to us, why are these living people following you? You constantly say that they are afraid of me, but where for us a better opponent than you. Where can we find it but Albania does not deserve this face. When you are in power with a bang on the media you have witnessed it year after year. "When you are in opposition, you are the biggest contributor to the problems that the media has today, fake news."

Spiropali has been harsh on Berisha and the opposition, saying that you are the ugliest manifestation of the lack of freedom, the lack of productivity of freedom

"You have been shouting for democracy and freedom for 31 years, you are the ugliest manifestation of the lack of freedom, of the lack of productivity of freedom. You see freedom as an opportunity against the opponent, not to build. This is where the lack of credibility of your media freedom comes from.

You can not produce anything on television, portals or politics. The inspirer of this culture is the one who raised the cup yesterday. You are not ready to approach any kind of power, sorry, your power ", said Spiropali.