"But what "problem" forces these luxury vehicles to overwork..."/ Artan Hoxha publishes the video that is spreading rapidly and reveals what is happening in the fishing pier of Saranda

Name/ The warden's car caught fire in Berat, it was in the parking lot in front of the prison, the first suspicions (Photo)

"A disgusting parody" / Berisha reacts to the agreement for the president: Edi Rama is humiliating some individuals, everything that the prime minister does with Ali Basha is a ... 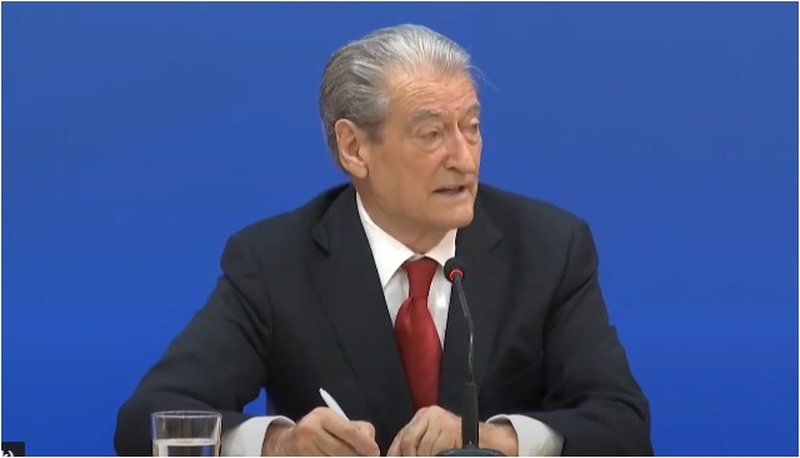 During today's statement, former Prime Minister Sali Berisha was also asked about the presidential candidate and the agreement reached by the opposition with the SP regarding the new president of the country.

Considering it a disgusting parody, Berisha said that this is evidence that certain individuals agree to be humiliated by Edi Rama but added that they do not represent the DP.

Berisha: DP is a political force of the opposition. It operates on the basis of procedures and decisions and precedents, all three.

Everything you see is a disgusting parody, bad evidence of the extreme exploitation by Edi Rama of certain individuals who for some reason agree to humiliate themselves but do not represent anything from the DP.

Based on the decisions of the DP, we have made clear to you our intentions. Everything that Edi Rama does with Ali Basha is a practice…

SP's initiative for ex-spies, Ilir Meta does not hold back: We will put Rama where he likes them the most

"Towards total collapse"/ Ilir Meta appears at the press conference and sounds the alarm: We have warned that...

Bujar Çela: The USA, our biggest partner in contributing to justice reform, here are the initiatives that the Socialist Party has in hand that will bring new developments in Albanian politics

Spartak Ngjela warns of a "storm" in the fall for Sali Berisha and Ilir Meta, this is how they will eventually "disappear" from politics

Strong fight within the Socialist Party, SP towards restructuring, Rama's move with Balluk lights up the pink headquarters, the clash of clans in the majority begins

Here are the procedures that will be followed to "burn" the spies who have held positions in the APS from any constitutional institution of the state, the "fuks" are banned from running, dismissed or lose their mandates

The 'dissension' within the DP continues/ What will happen in September? Berisha announces decisions against Enkelejd Alibeaj

"Big fraud scheme"/ Berisha sheds light on the concessional granting of citizenship: Here's what's being aimed at! I warn Rama that...

Berisha mobilizes for protests, seeks "mercenaries" from the opposition, riots are warned from "Foltorja" until Rama resigns, together with Meta in the next elections