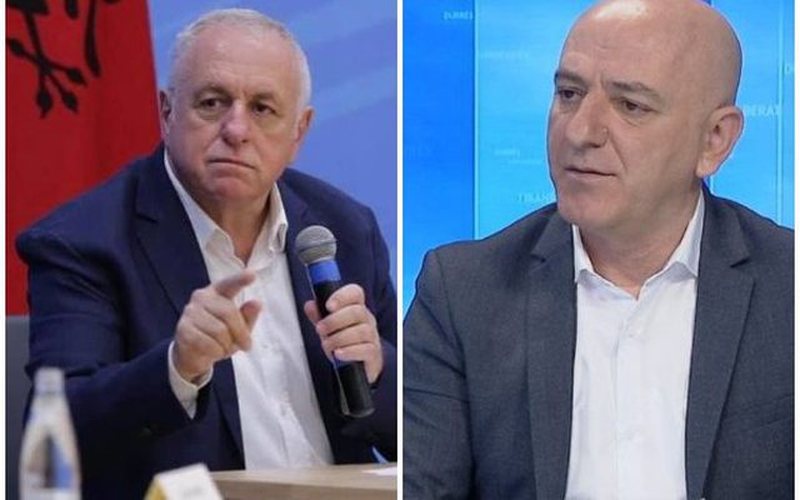 While ironizing the result in Gjirokastra, where it is said that 1018 Democrats participated, Bejko "explodes" against Tritan Shehu.

"O Tritan, O brave man with the leaf, what are you doing to that party, do it in the throat and eat it. That party is our defeat and sacrifice for 32 years mor .. mor…, mor morr! "Nay, since it remained in your hand, in the rash of pus, in the ram of fende," says Feruzi of Nebil Cika.

After the harsh reaction of Roland Bejko against Tritan Shehu, the branch of this party in Gjirokastra reacted. Through a statement, PD Gjirokastra also responds harshly to Roland Bejko as he labels him as a "lifelong loser" and catapulted by the Republican Party.

"In order to be transparent as never before, we inform all members, sympathizers and those who follow us behind the fence that: Today 1049 members of the Democratic Party took part in the voting in Gjirokastra. Prof. Sali Berisha received 1018 votes. Mr. Ibsen Elezi received 21 votes. Invalid 10 votes. At least from 2014 until 2021, the membership in the PD lists in Gjirokastra exceeded 2500 people, inflating this list year by year due to the electoral appetites of the mayors. We managed in a short time to filter an effective list of real members and we will complete it day by day.

But even today, the eternal loser and dreamer of the broken leg of the deputy, seeks to throw mud on the active membership of the DP that has sacrificed his life, family, for his whims. We will remember the same horrible figures of 2017, when he reported to Basha that 1200 democrats of Gjirokastra melted him like ice cream when he froze his functions. Were these members, or among them camouflaged socialists?

What about the damages of this mayor catapulted by PR by expelling members? What about the bargains with the MPs filling the Basha lists? What about today that basically no one meets or accepts it? Today, transformed into a broken megaphone, it cries for the forgetfulness and contempt that the Democrats are doing. Yes this is the last time we deal with it because we no longer have to deal with degraded fossils. Now we have the duty to put together the pieces that he left behind and anyone else that PD wanted for personal interest. And we will succeed! "Respect for ordinary democrats", it is said in the reaction.