"The opposition and the government have...", the former foreign minister "breaks down" the situation and what is expected on December 6 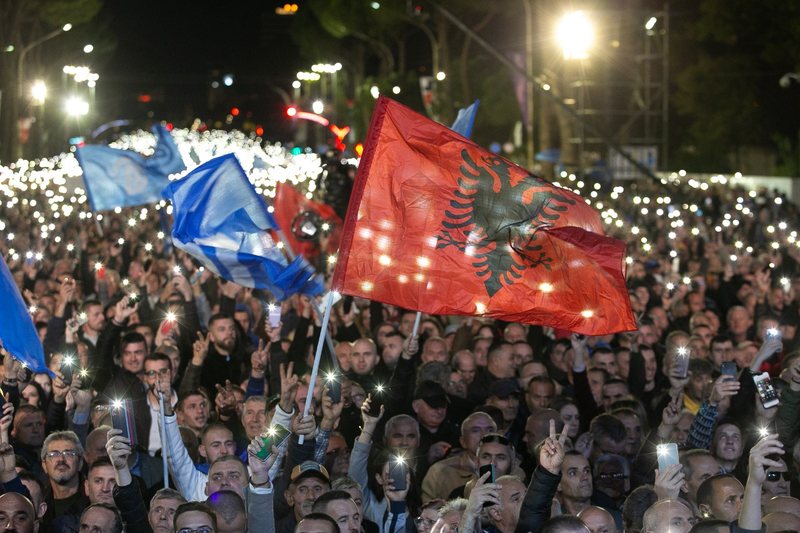 On December 6, our country will host the most important leaders of the European Union for the holding of the EU-Western Balkans Summit. Regarding this, the former Minister of Foreign Affairs, Paskal Milo, stated that the opposition and the position should continue with their political agenda, while he emphasized that December 6 should be the focus of the summit.

He said in the MCN TV news studio that protesting is the right of every citizen, but according to him such events happen very rarely in our country and therefore the government must fulfill its obligations towards a historic summit and that the squares and boulevard are always there to protest.

Everyone on that day has to make their own agenda as it happens in democratic countries. The government must fulfill its obligations towards a historic summit in Albania, this is a special honor for our country, therefore I say that it is up to the government for its obligations to take care that this meeting goes as well as possible and be honored. As for the protest, it depends on how a politician conceives it. In principle, there is nothing wrong with democratically expressing one's right to protest. Anyone can do it, but given the fact that we are a small country and that such events do not happen often, and to send the best possible messages when we expect real negotiations to begin in terms of integration, of course this remains for seen and needed to be discussed because there is time for strikes and demonstrations. I think it would be more civic and European for Albania to focus its attention on the summit. Because we have the boulevard and the squares here to protest.

When asked about the approach of Germany and Italy to the expansion and what is the significance of Prime Minister Rama's meetings with the German President and the Prime Minister of Italy, Milo said that it is natural that Albania should have good relations with these two friendly countries.

This was a meeting of NATO foreign ministers and there were 2 basic issues, the situation in Ukraine and the need to support it starting from the situation where it is currently in the winter but also because of Russia's operations that hit the energy infrastructure for to make life as difficult as possible for Ukraine. Meanwhile, the issue that interests us is the attention that NATO members show to the Western Balkans. And in this case, NATO has focused its attention on the Western Balkans more in terms of security. Russia has hotbeds of influence in the Western Balkans and we should feel confident and proud that we have been able to bring these two important organisms to the Balkans.