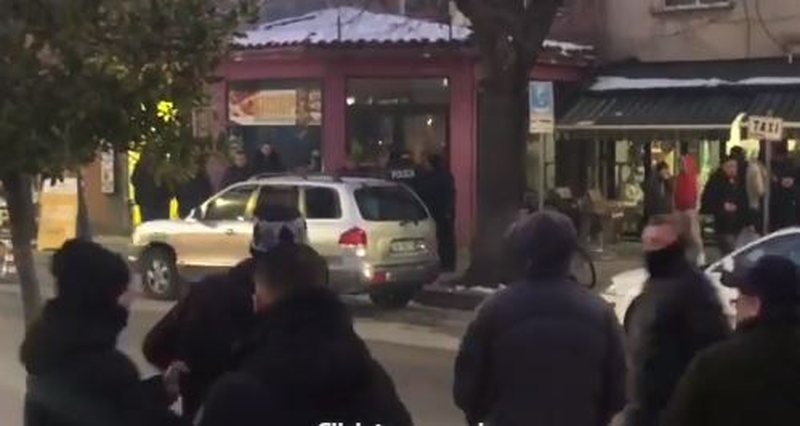 Sali Berisha's militants welcomed the leader of the Democratic Party, Lulzim Basha, with a protest this afternoon in Korça. With shouts of 'Basha ik' and banners in their hands, they gathered at the entrance of the Korça cinema, where Basha's meeting with the Democrats will take place. Berisha's supporters did not even spare the insults, causing them to clash with Basha's supporters.

Edmond Spaho has also published the images, writing: Here are Basha's vagrants in Korca attacking the democrats in Korca who do not want him in their city.