"You are waving Ilir Beqaj as a flag of impunity", Basha erupts in revolt in the Assembly and counts 'one by one' the socialists 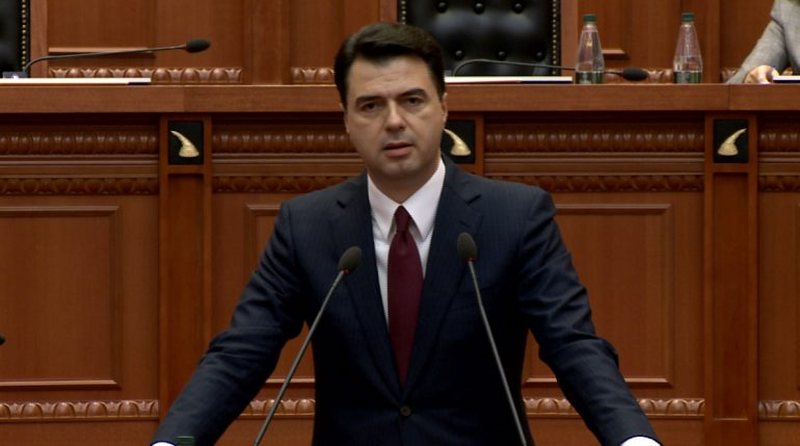 The leader of the Democratic Party, Lulzim Basha, from the Assembly hall, has ironized the appointment of Ilir Beqaj at the head of the agency for donor funds.

"You are proudly waving Ilir Beqaj as a flag of impunity. This is the proof of the concentration of economic power in a few hands ", said Basha, during the session where the fiscal package is being debated.

"Ilir Beqaj of the check-up and dozens of other acts of major corruption are waving it with inexplicable pride in front of Albanians and internationals as a flag of impunity. Salt in their eyes proving that you are not here to serve the citizens and the needs they have, but your interests and those of your customers.

A political and economic concentration of power that centralizes every activity and puts it under the control of a few people, that ignores the citizen and values ??the client of power, be it the oligarch, or the small party beneficiary employed in ad hoc established structures to capture every public space and to use it as a barn of political interests.

Therefore, retirees, the vast majority of whom could not survive without the support of family members or children in exile, are hit by poor indexation that can not reach the level of price increases.

For the same reasons, the needy, who in pandemic abandonment have increased and their poverty deepened, will have three times less funds than those who will receive a handful of people with the 110 million euros that will go for PPP ", said Basha.

Ambassador Yuri Kim comes up with the urgent response: Our Alliance, able to face any challenge

What is happening to the former president? Lawyer reacts: Serbia tried to present Thaçi as a threat, Dick Marty's case knocked them all down ...

"We are swimming in organized crime", Lubonja issues the alarm: These are more dangerous with ...

"Dumani, Dumani" / Klodiana Lala comes out with a strong statement: They are making a name for themselves ...

Romeo Kara warns of chaos in Albania: Here is what has sunk Sali Berisha in the US and the plan that 'Foltorja' is preparing for the next elections, the former prime minister has nothing to do with conservatism