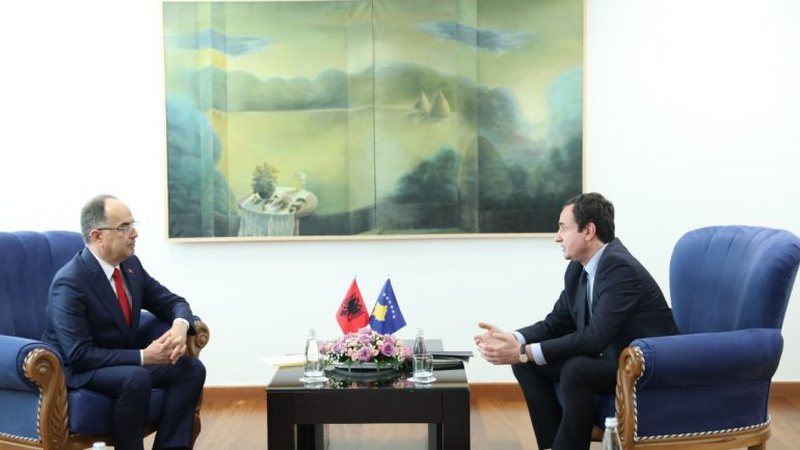 The President of the Republic, Bajram Begaj, met today, during his official visit to Kosovo, Prime Minister Albin Kurti.

The Head of State has declared that Kosovo and its institutions will find in the President a loyal supporter and steadfast friend of their interests.

President Begaj has welcomed the commitment of the two governments for the development of a National Assembly on November 28, 2022, a moment that, according to him, will convey to the entire Albanian people and the international community messages of the unity of the Albanian factor and our aspirations for development, peace and the highest values. democratic goods.

The President of the Republic has hailed the prudence of Kosovo's institutions in dealing with the crisis of July 31 and supported the legitimate right of Kosovo to extend its authority and establish the rule of law in the north of the country, in cooperation with the USA and the EU.

In the meeting with Prime Minister Kurti and Speaker Konjufca, the Head of State emphasized that the joint primer will be ready for the 110th anniversary of Albania's independence and work will be done on the major project of the Albanian Encyclopedia.

Berisha threatens the police, Veliaj and Rama, does not back down even though he does not have a permit for the December 6 protest, the head of "Foltore" warns of violence at the Prime Minister's Office