DP primaries/ Voting is closed, the names of the winning candidates for several municipalities are published 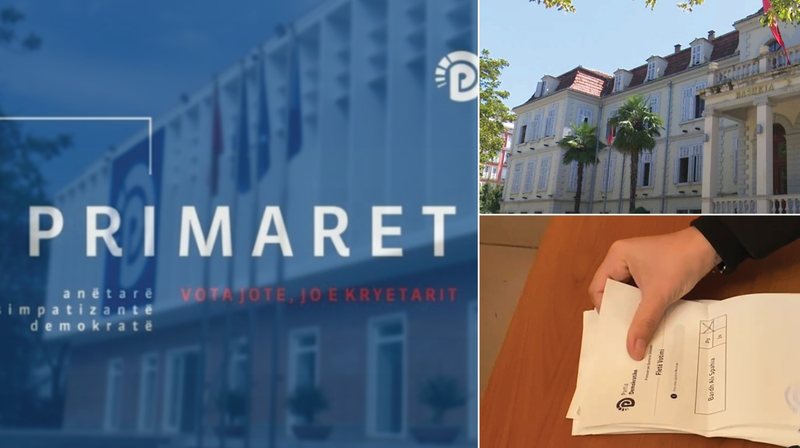 The voting process in most DP branches has ended and the counting of votes has begun.

156 votes were for the only candidate, Eugen Mustafallari.

In Selenica , the process of counting votes has been completed.

Leonard Rakipaj, who was competing with two other candidates, won 270 out of 500 votes.

A total of 350 DP members and supporters voted in Selenica .

While Kolë Shaban managed to get 117 votes.

Gentjan Meçe managed to win with 187 votes, while Thoma Rumniçi got 86 votes. three ballots were invalid.

In Kruja , the winner was Babasi with 168 votes.

In Erseke , Albert Malaj won with 300 votes, against Bukurosh Ajdini with 20 votes and 4 invalid votes.

In Shkodër Bardh Spahia received 1386 votes in favor, while 6 votes against, 4 invalid.

In Gjirokastra , after counting the votes, Dorjan Lani is the winner with 291 votes, followed by Enkelejda Mushi with 48 votes and Telnis Skuqi with 34 votes.

A total of 750 sympathizers voted in Bulqiza .

In Përmet , the only candidate Edmon Komino has been made official.

He managed to get 137 votes against 41 votes of Aleksander Lokoshi.

Results are being updated.

"A scammer came...", the analyst cracks the strong statement: McGonigal understood that this is where the money is made, boasted that they had a friend in the FBI

The scandal with the former FBI official/ SP MP reveals: Here's the truth you don't know

The 'Mcgonigal' scandal/ The analyst sheds light on the behind-the-scenes and reveals hard details: Every meeting has been informal and at worst corrupt

Artan Hoxha tells how he found Charlie McGonigal at the famous restaurant: He was at the table with the former politician and businessman

"Only Luiz Ejli overthrew Rama"/ The former MP surprises with the statement: They are not statesmen, but...