Problems in education, Berisha: Real teachers have been replaced by party militants, they are being fired for... 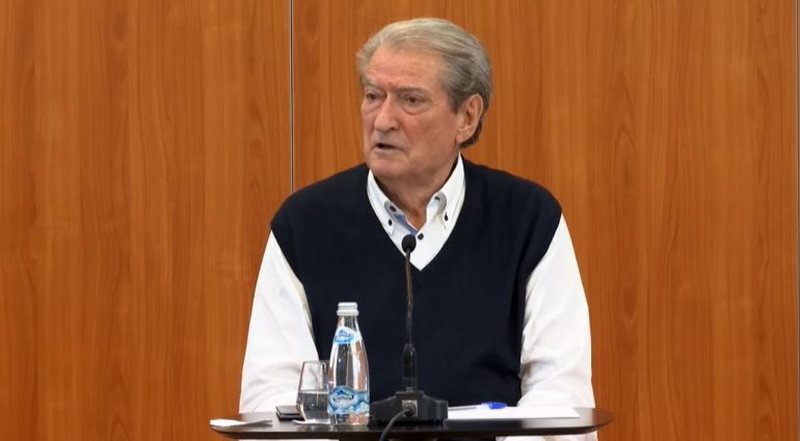 The chairman of the Democratic Party, Sali Berisha, today held a meeting with teachers and experts of pre-university education on the challenges and problems of Albanian schools and pedagogical staff.

He emphasized on pupils and students who leave the country and the problems in Albanian schools.

Berisha said that real teachers have been replaced by party militants.

"There is a big decline during these years and it is without a doubt the most sensitive indicator of the national decline, of the overturning of society and our nation. From 2013, 9 years ago to 2021, we count 208 thousand fewer children and students in our schools. We have a reversal and you witness the real condition of our students, their economic, family and a terrible deepening of the village of the city, the poor and the rich, we have a disrespectful devaluation of the figure of the missionary of this process which is the teacher. We have a fundamental difference in the philosophy of education. Education based on values, freedom, dignity and patriotism has gradually been displaced, with education of submission based on rules and submission. Shameful control has been imposed on teachers.

their stances on social media are not few cases where they have been fired as soon as transferred to Facebook statuses. But their material treatment is unacceptable, the replacement of real teachers with militants who do not convey education but militancy of a party that, as you can see publicly and openly, has departed from the rules of freedom.

It's back to the rules of origin and that's the truth. if we take the infrastructure, it is in ruins. Today, 90 percent of schools do not have heating, not even those in Tirana, because the mayor spends 10 million euros on disinformation to the media, for brushes of his pseudo-personality. It does not spend on heating in schools.

70 percent of schools do not have running water. 620 schools have been closed, but the number of police officers and crime has doubled. The expression "Open a school, close a prison" has been transformed here: Close a school, open a prison", said Berisha.

"Berisha himself will be a negotiator"/ Edi Paloka tells about the candidates in the local elections: From today we will start contacts with allies. Protest? Appropriate decisions have been made that…