The December 6 protest, the analyst sheds light on the behind-the-scenes: This is what Berisha e Meta is aiming for 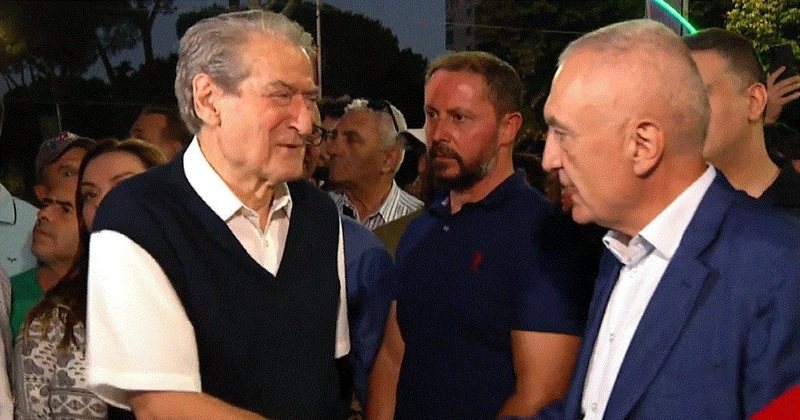 Analyst Arben Meçe, in an interview for Euronews Albania, said that the leader of the PD Sali Berisha and the leader of the Freedom Party Ilir Meta are protesting to show Europe that there can be no peace if they do not sit at the table with international leaders.

Meçe issued a strong statement saying that Meta has been declared "non grata" de facto, since according to him he has been excluded from all European international meetings.

According to the analyst, Berisha and Meta, through the protest, want to show that the factor of peace in our country is only the two of them.

"Sali Berisha and Ilir Meta are protesting for the only thing, to show Europe and our international partners that Albania can never have peace if these two "Non Grata" people will not sit at the table with Europe. Through the rally and protest that they don't have to do. Meta has been excluded from all European international matches. This proves that he is de facto 'Non Grata'.

All prove that there is an exception, of course, and time will prove otherwise, of course, and what I say. One thing is true, that this so-called protest has only one goal, to put pressure on Europe, as it has been done for 30 years by Berisha, that the Balkans cannot have stability without Berisha, and he has played this card for 30 years .

Berisha is a person who is a structure that finances to produce the figure of Berisha as a person without whom there can be no stability in Albania. They want to show that the factor of peace in Albania, decisive for peace in Albania, has only one name, the Berisha-Meta alliance," he said.