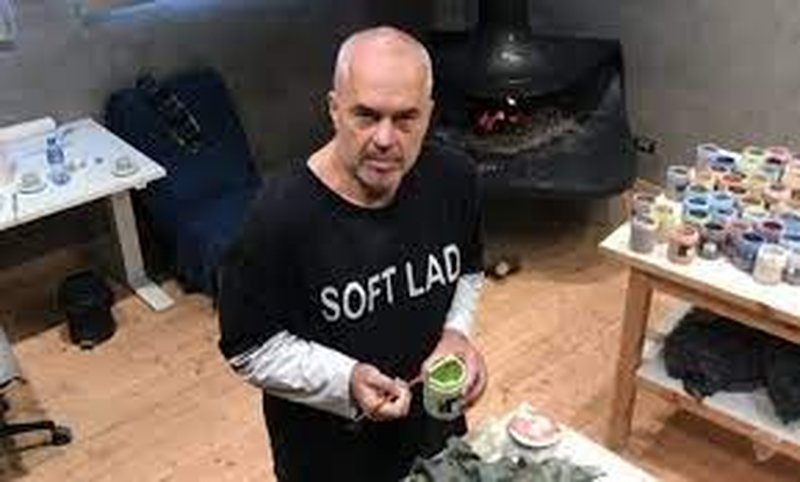 "I will punish you with 3 months"! This is the most exemplary punishment in the history of the post-communist media. The journalist who dared to ask a question in the direction of a minister will suffer the government inquisition, the door of the government institution will not be opened by the Albanian prime minister for three months. The pretense and the decision of the prime minister can enter the Guinness book in terms of the unique sentence in world media history.

Although the question did not contain insults, insults or any defamation, but a logical reasoning on the very laws that this prime minister has drafted. The intelligence of the journalist to find a nonsense of the behavior of the minister of Edi Rama with the ethical code of his government, translated into a logical question, seems to have exhausted the patience of the prime minister himself. The exposure of his government to the recent scandals, where his ministers indulged in collective greed to enrich themselves with the benefits of the wealth of Albanians seem to have lost their cool.

Edi Rama's third mandate is clearly manifesting his political ruin. The scandal of Olta Xhaçka, Beqe, Koka or even Ahmetaj and Gjiknuri are being added to the scandals with his failures with the blocking of the integration to the EU, they have made him hermetic and aggressive at the moment when he faces the reality.

If Albanians are experiencing an extremely difficult reality, where oil and basket prices have soared and the cost of living has become unaffordable, the Albanian prime minister seems to live in a balloon inflated with helium and contemplates the three-dimensional Albania of his propaganda projects. from space. Edi Rama has transformed into a kind of avatar and is spending his life in this new reality away from the troubles and problems of the Albanians who gave him the right to manage the portfolio and properties.

"Slander, lie, fake, write and speak Albanian as badly as you want, because no one will call you "plaç", but don't wait until and when you come to ask me to publicly repeatedly exercise the freedom of violating ethics and you are welcome again", our prime minister issued the last threatening statement to journalists.

From this moment on, no journalist has the right to ask questions about governing issues, but only those that our prime minister wants, questions that can be adapted to the virtual reality where he lives.

Looking at the manual of questions, titles and preferences of his propaganda cabinet directed by the "Gebelsian" Fuga, it is not difficult to draw up a manual of behavior towards the prime minister.

The most acceptable questions for journalists who wish to enter the prime minister's conferences may be:

1- Mr. Prime Minister, is it true that French President Macron has adapted the theory of rebirth after winning the preferential mandate and is it true that he has borrowed your experience?

2. If your Brussels speech had been given by Macron, would Albania have automatically entered the EU regardless of the problems that the Mascarene Bulgarians have created for us?

3. Was your brilliant impromptu speech in Brussels superior to Noli's style?

4. There have been rumors that you will become the head of NATO as a universally accepted world leader, is it true?

5. The NATO summit was characterized by your meetings with President Biden, where there was no lack of confidential signs between you and the American president, such as putting your hand on your neck, long and warm conversations, is it true that Biden will support you and for fourth term?

6. The news spread by Fuga circulated in the online media that during the NATO summit in Madrid the Council of Europe would approve the entry into the EU.

8. Evil mouths say that at the last meeting in the American children's foundation that you were decorated as the number one person in the world for helping Afghans, they proposed you to the UN?

9. You are helping Vu?i? in the international arena, the last case is the one during the face-to-face meeting with Mr. Biden, is it true that you also mentioned the president in his ear?

10. The monitoring boards that you set up, Mr. Prime Minister, were among the most ingenious actions carried out by any world leader, actions that have kept oil stable at the level of 260 lek per liter, saving Albanians from poverty, what measures have you thought of for the days in sequel?

These questions that we posed above, can be an opportunity for journalists, to whom the doors will be opened as if by magic by Vice-Chancellor Fuga. If they are done without fear and with competence, it will be seen how they will be respected in every aspect. Look how happy that security spy waiter is pretending to be a journalism lecturer. He is ready to anathematize and slander anyone of you who does not ask stylistically. In closing, a piece of advice for the entire media and political spectrum:

Don't bother with this long one. He likes to act like a strong man, stay strong, and bring all kinds of criminals from the south to the north to parliament in droves. This story is puberty work and the tall one seems to have passed it yet and is late in the process. Understand why it drives you away and opens the doors of the strong.