"The government is robbing the citizens every day", the Freedom Party raises the alarm and has 6 proposals for Rama: This is an economic ruin! 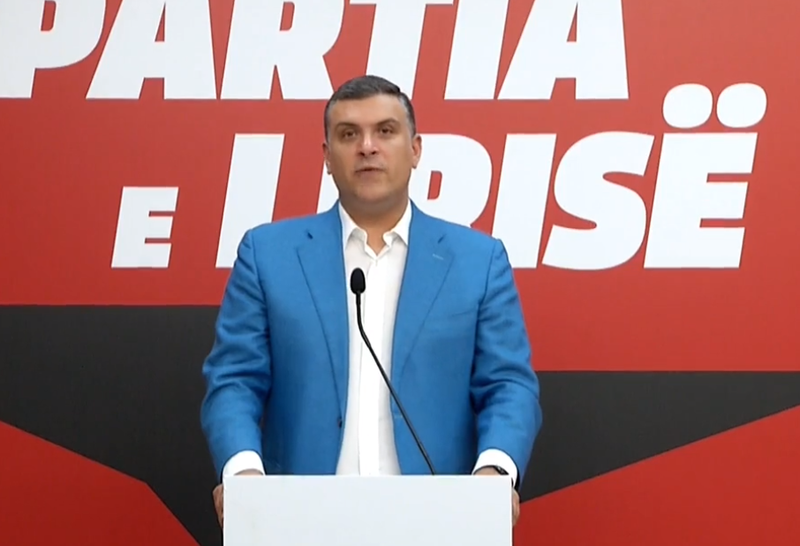 The General Secretary of the Freedom Party, Tedi Blushi, issued a statement to the media today, through which he proposes 6 measures to the government to fight poverty.

Statement of the General Secretary of the Freedom Party, Tedi Blushi:

Purchasing power has fallen because prices are unaffordable!

Purchases of these products have fallen 30% to 40% compared to a year ago.

The decline in consumption is creating a difficult situation for business as well, which is forced to discharge all the pressure in the reduction of employee salaries and the reduction of jobs.

This is the economic ruin that is being sown by the Government of Edi Rama, which not only steals the Albanians' taxes relentlessly with incinerators, PPPs, concessions, secret tenders and expensive roads, but also puts its hands in their pockets by robbing them every day with the prices abuses of food and oil, which he himself establishes and controls.

With the highest taxes and duties in the region, the Government is willingly failing tourism as well, which means more poverty and despair for thousands of families who have linked their livelihoods to this vital sector for the country.

In order to get out of the way towards the bankruptcy of the country and the destruction of the family economy, the Freedom Party proposes 6 effective measures, which fight poverty, for the benefit of Albanian citizens, families and businesses.

3. Financially support every citizen over 18 years of age with at least 50-70 euros per month!

4. Lower the VAT on consumer products, following the examples of countries in the region.

5. For tourism to breathe, support it with concrete aid packages.

Neritan Sejamini says it bluntly: only one candidate can beat Erion Veliaj!

The former head of the State Police reveals the "trap" that was set for Sali Berisha with the "king" of gambling: The truth of the employee connected to Ervis Martinaj

Arjan Çani: This would be a brilliant candidate for mayor of Tirana, here's what I would do if I were in the place of the doctor

Are PD and PL primaries dividing? I am surprised by Ristani's answer

She was his biggest supporter, but she asked him to resign immediately after he lost the elections, Grida Duma shows what her relationship with Basha is today

"Political and moral winner", surprises Baton Haxhiu: Regardless of the court's decision, PD is led by Berisha