"Rama was part of the fraud", Petrit Vasili made a strong statement: the Prime Minister went to the Fier incinerator for... 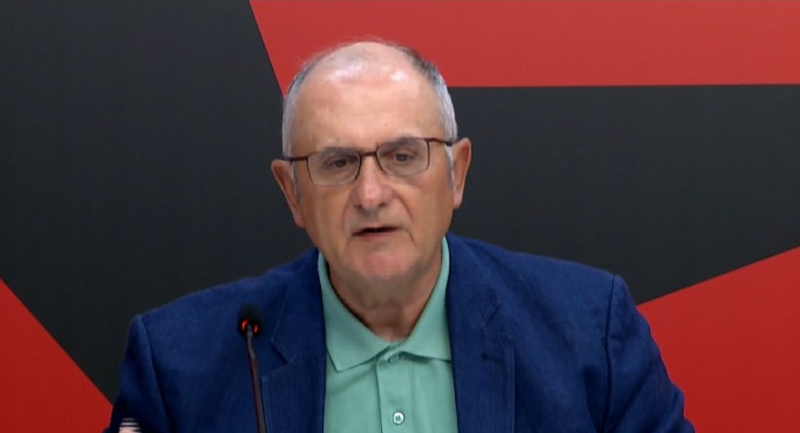 MP Petrit Vasili, in an appearance for the media in the presence of the National Coordinator of the War against Corruption in the Freedom Party, Brisida Shehaj, harshly attacked Prime Minister Edi Rama for making a show when he went before the April elections to see the Fier incinerator, when the latter was not finished.

According to Vasili, Rama gave heart to the thieves.

"The scandal that the prime minister himself becomes part of this public fraud. The concessionaire announces; let's take over in March, and before the elections in April, here are tests on how the incinerator can be put into operation, which was not finished, He went to the show, to encourage the thieves. It is very clear to you, dear citizens, that these people continue and take endless loans and put the state contract as a hostage. These people come with their hands in their pockets, they made a bargain with the government and the government gives them millions, 40 or so million dollars. This is not enough, but also the sovereign guarantee that the state guarantees the millions. The project should have been delivered by 2019, but we are in 2022 and we have nothing.

We tried today that he goes to Fier and inspects works that were supposedly formally delivered, but the construction is not finished there. As he goes, he blesses them and tells them to continue stealing. It continues with ministries, directorates and concession companies, but the threads are all in the same hands. SPAK should investigate. The denunciations will not end here and are quite serious. In our civic commitment, we will take it to the end to reveal this serious and compromising story thread by thread. SPAK is facing a very big responsibility for any hesitation to investigate this file," said Vasili.

"Berisha himself will be a negotiator"/ Edi Paloka tells about the candidates in the local elections: From today we will start contacts with allies. Protest? Appropriate decisions have been made that…