"How much do you want, 500 million ?!", Prime Minister Rama clarifies the debates with the farmers and shows what they agreed on: I am ready to ... (REPLICATIONS) 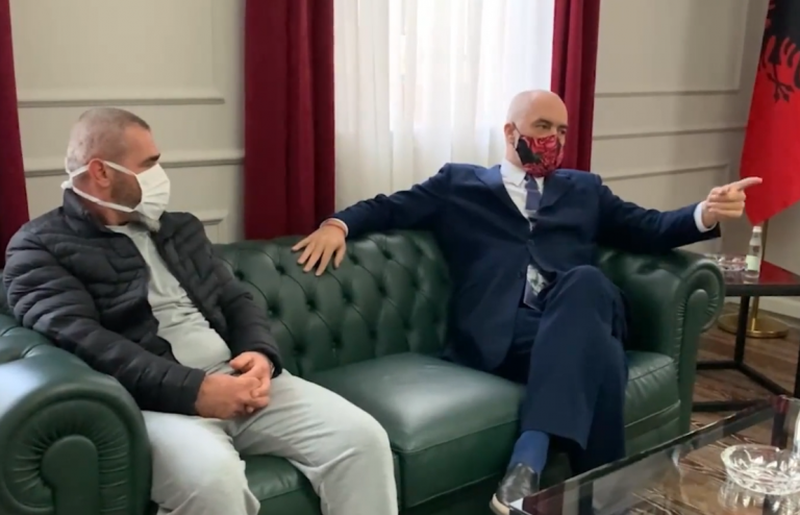 Prime Minister Edi Rama met today with a representative of the farmers who protested today in front of the parliament against the fiscal package.

Rama states that there was agreement and division in their positions with the government, but emphasizes that we will meet soon to listen to each other.

"The debate in the Assembly with a group of farmers from the protest and their leader, the candidate for deputy of the Democratic Party, was much more constructive and useful than the debates in the parliament hall, where debates are ruled by accusations, slander and insults of a personal nature.

We agreed that changing the approach to government funding is appropriate

But we have differences about the new way of addressing and for that we will meet soon with an open mind to listen to each other.

"In general, we need to listen to each other more and today is a positive example for all those who want to solve problems, and not to do low politics with problems," Rama wrote in his post.

Farmer: I currently have 40 million ALL unpaid

Rama: What are you looking for?

Farmer: There should be a seed price control

Rama: I mean we have the same problem, that 6% does not go to you. Now, a second, what specifically happened, why we did it and why we will change it, because first the collectors, with whom I have nothing. When it comes to selling, it sells to survive, not to do business. Collectors have received support from this government over the years for the investments they have made. They have made collection points with joint investment. Didn’t they play the role of bringing that 6% to you? Do we agree?

Farmer: No we do not agree, 30% of farmers have not ordered seedlings this year

Rama: If the situation was uniform for everyone, I would agree with you. From January this year until now it has been exported more than in 2019, it is a matter of organization and a matter of getting the money in the right direction. There is $ 9 million given for exports. I am talking about what we remove from our budget for you. There are 9 million which we will not give in that form, but will not leave agriculture, it is even double today, to go directly to the farmer. They can not go one by one, they will go to the models that help them.

Farmer: $ 9 million is only 6% that went to export points, we say it should come according to the way we propose. The first is a little…

Farmer: We do not agree with 32

Rama: As much as you want, I want 500, I want as much. This scheme we had did not have the effect we wanted, it's time to change it. I am ready to sit down with you again, for the amount of budget we have available to sit down and discuss, there is no PD PS here, here is your issue.

Farmer: We do not have experts on the soil, what we throw, I am not a biologist to know, we do not know what we are planting, pesticides, I have spent 2 million. For figures I do not understand.

Rama: No, no, you know. The goal is to formalize the sector.

Farmer: We have hopes for you

Rama: We who will sit with you next week, if we charge you since you are more engaged, let us sit quietly and talk with arguments.

Grida Duma posts the photo next to Yuri Kim and actress Delinda Disha, reveals the words that the ambassador said about the actress

Moderator Salsano Rrapi chose Xhemi Shehu as his favorite in moderation, as he w...