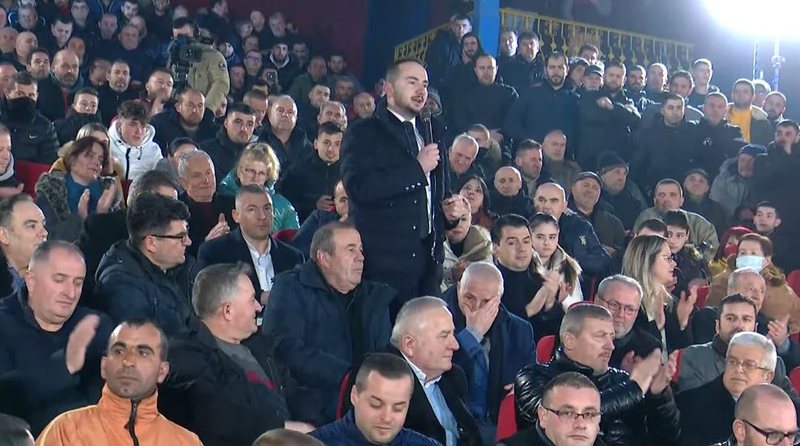 During his speech before the Democrats in Korça, the PD MP Ervin Salianji shot representatives of the Foltore, saying that they are united by sludge and "non grata".

Salianji said that in the hall are the representatives who have fought tooth and nail with the SP, and that they have been declared traitors because they have not benefited.

"Look at the few representatives who have fought tooth and nail with the SP that you have in this line. There are people who have fought for the DP. Dozens of others who have never benefited, and because they have not benefited and call them traitors. You saw those Enver volunteers, 10 people for shame! We are Democrats and Democrats want victory. This is our gene, our DNA. We can not accept that former customs officers we have never seen, former employee Taxes, a gambler who spent more time in prison than abroad, was there to ask an allied party to become likely allies. These are united by the sludge, the proclamation non grata, the damage I want to do to the DP everywhere and from corner to corner. Have you seen any former ministers or those of the Foltore have had a single proceeding. We had costs. Part of it had to be to account for how they lost for the first time in areas that the PD had not lost for 30 years in a row. We have a lot to give, but it is time to listen to the mayor ", said Salianji.